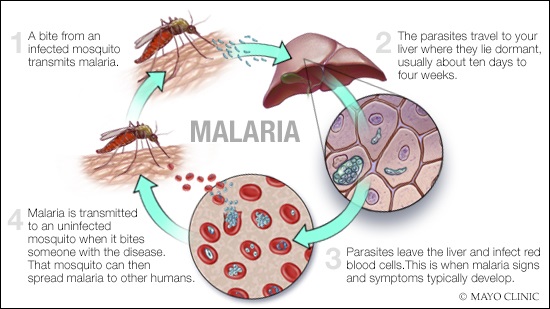 Pharmaceutical company, Novartis, has called for increased leadership commitment towards the prevention and treatment of malaria.

The company, in a statement issued to mark World Malaria Day, said although the disease was preventable and curable, millions of children died each year from it.

“Leaders must reinforce their commitments in drawing the line against this preventable and treatable disease in achieving a malaria-free world because the patient cannot wait,” the statement, titled, “No one should die of malaria” said.

World Malaria Day, marked each year on April 25, is an occasion to highlight the need for continued investment and sustained commitment towards malaria prevention and control.

The day provides the opportunity for the world to pause, reflect and take strategic actions to eliminate Malaria.

According to the latest WHO World Malaria Report, released on November, 30, 2020, although a lot of progress has been made over the last decade, Africa still holds over 90 per cent of the overall disease burden.

The countries with the highest number of cases are Burkina Faso, Cameroun, the Democratic Republic of Congo, Ghana, India, Mali, Mozambique, Niger, Nigeria, Uganda and Tanzania.

These countries alone account for 70 per cent of the global malaria cases and 71 per cent of global estimated deaths from malaria.

The statement took notice of the interventions the country was making with regard to preventive and curative initiatives.

“Ghana has been implementing a combination of preventive and curative interventions as outlined in the Strategic Plan for Malaria Control in Ghana, 2014–2020 by the National Malaria Control Programme.

“The programme subscribes to the T3 (Test, Treat and Track) initiative which seeks to ensure that every suspected malaria case is tested, that every case tested positive is treated with the recommended quality-assured antimalarial medicine, and that the disease is tracked through timely and accurate reporting to guide policy formulation and operational decisions,” it said.

The statement indicated that those processes, if strictly adhered to, would help uncover the true malaria burden in the country and contribute to the appropriate management of other causes of febrile illnesses.

According to the statement, the emerging threat of resistance to malaria drugs demanded urgent action to develop new medicines with novel and distinct mechanisms of action.

On what the company was doing in that regard, the statement said, Novartis has been active in the fight against Malaria, through leadership in research and development, as well as working to continue ensuring access to treatment and strengthening integrated community care.

Furthermore, the company had delivered nearly one billion treatments, including more than 430 million paediatric treatments.

“Together with partners, Novartis is working on next-generation treatments. Beyond treatment, the company is helping to build clinical trial infrastructure in Africa and other malaria-endemic regions, as well as supporting a new generation of local scientists,” the statement said.