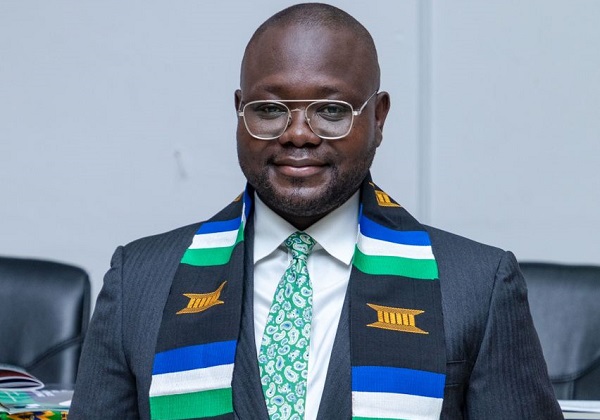 The Ministry of Works and Housing has charged the Architectural and Engineering Services Limited (AESL) to devise innovative ways of doing business to increase its viability and fortunes.

It said considering the background of AESL, initially as a public corporation and later a limited liability company wholly owned by the government, it had become imperative for the company to find more viable ways of attracting new clients.

Addressing the Annual General Meeting (AGM) of the company in Accra just before the turn of last year, the minister, Francis Asenso-Boakye, said as technology was evolving, companies were devising modern ways of accelerating growth and development and the AESL had to follow suit.

He said technology such as the use of building information and modelling systems to address design and operational challenges in modern building were ways that could be used to attract new clients.

“It has always been difficult adopting private sector techniques, and that is one of the company’s challenges. It is, therefore, important that you innovate and move away from the government-owned mentality in order to appeal to new clients and remain competitive.

Mr Asenso- Boakye said depending solely on government contracts was no longer viable and feasible in enhancing the socio-economic status of the organisation.

He said the government appreciated the company’s role in providing quality consultancy services towards the socio-economic growth and development of the country.

The minister added that it was public knowledge that the AESL was a reputable brand with presence in all regions and that provided it with a competitive advantage that should be leveraged to ensure the organisation excelled better than it was doing.

Regardless, Mr Asenso- Boakye said the ministry had taken notice of the company’s challenges and concerns and was making conscious efforts at addressing them.

Presenting his report for 2019 to 2021, the Board Chairman of AESL, Professor Kwame Asamoah, embraced the sectors minister’s challenge to think outside the box in order to deploy innovative ways of attracting more jobs from both the private and public sectors.

He said the AGM offered the company and its stakeholders a platform to physically assemble to share the company's financial performance with shareholders, in this case the government, and to also account for their stewardship.

Also, given that the company operated in a macroeconomic environment characterised by slower and uncertain global economic conditions, Prof Asamoah said that negatively affected its operations.

A major devastating effect on AESL was its inability to receive payment from the government for works done.

He said such a situation had serious ramifications on the operations of the company as it has made it difficult to honour some of our financial obligations when they fell due.

The Managing Director, Isaac Agyei Marfo, in his report, said the company experienced a marginal drop of 5.92 per cent in Consultancy Service in 2020.

On debt collection, he said, the company collected GH¢28.06 million and GH¢20.44 million from clients as fee claims during 2020 and 2021 respectively.

Mr Marfo said the company suffered high attrition rate during the period under review due to poor conditions of service, including low salary levels.

He said to stem the tide, salaries were reviewed upward by 20 per cent and some allowances approved.

“This is because fees owed the company were not paid and a number of projects were suspended. In order to maintain strict control over cost increases and raise our earnings compared to 2020, we made a commitment to consolidate the improvements made in our operations in past years.

For the company’s outlook, the Managing Director said AESL would continue to focus on the many initiatives to acquire more jobs.

“We will keep searching for chances in West Africa and other African countries. As long as they are performing their jobs, employees must adhere to the company's code of conduct, which management will continue to enforce.”