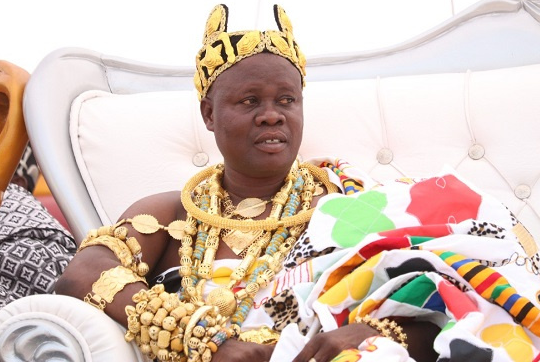 The Dufia of Horti in the Akatsi South District, Torgbui Ladzekpo Tetteh-Gefu IV, has charged traditional leaders to lead an agenda of strategic collaborations to promote youth-focused development in their various jurisdictions.

He said that would end regression and erode increasing crime among the youth. He therefore advised the traditional authorities to pool both human and material resources to engender socio-economic development for the teeming young people in their areas.

Torgbui Tetteh-Gefu, who gave the advice in a statement issued on the occasion of the 2nd anniversary of his enstoolment, urged his colleagues not to be diffident but collaborate with like-minded stakeholders to better the fortunes of their people.

To achieve these, Torgbui Tetteh-Gefu said land disputes and conflicts, divisiveness, voracious ambition for power, selfishness, disrespect, among other negative practices, needed to be eradicated so that they can break grounds by collaborating with the elders, opinion leaders, unit committee, assembly members and the youth for development.

“Let us begin to share ideas with them and see how best we can develop our areas. Let us support one another for development and progress. Let us unite the people so that we will be able to heal all wounds incurred whether by ourselves or by any person,” he said.

Torgbui Tetteh-Gefu said that since the beginning of his reign, potable water had been provided, while there had been an extension of school infrastructure from Primary Four to Six, the provision of a canteen for the school and the provision of six laptop computers for effective teaching and learning of ICT, through effective collaboration.

He used the occasion, which also coincided with the purification rites of the Horti Ancestral Stool, to launch an appeal to benevolent individuals, organisations and the National Democratic Congress Member of Parliament for Akatsi South, Benard Ahiafor, for the provision of additional laptops to improve ICT in Horti and its environs.

He also appealed for the road network in the area to be improved, saying, “Re-shaping of our roads is not helping us; there is the need to gravel it as well so that our people can easily transport foodstuffs to the market centres, especially Akatsi, Xavi, Suipe, Hatorgodo and Bayive.”

Torgbui Tetteh-Gefu said the establishment of a vocational school in his area was a key agenda to enable the youth to acquire various skills to support themselves and reduce crime.

The Paramount Chief and President of the Avenor Traditional Area, Torgbe Dorglo Anumah VI, for his part, urged the people to take education on the coronavirus and its variants seriously and to endeavour to the vaccines in order to minimise contraction risks.