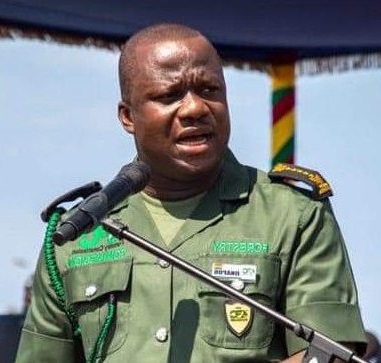 The Minister of Lands and Natural Resources, Samuel Abu Jinapor has requested for information from the Lands Commission, Forestry Commission and the Owoo family on all transactions affecting the 1,185 acres of land acquired by the State in 1927.

The Minister also wants information on the State’s constitution of a Forest Reserve in 1930 under the name Achimota Firewood Plantation Forest Reserve.

A statement issued by the Lands Ministry on Thursday noted that the request follows the Minister’s resolve to act on any improper acquisition of public lands, including the Achimota Forest Lands, regardless of how they were acquired.

The Office of the Special Prosecutor has commenced investigations into a suspected case of corruption against the late Kwadwo Owusu Afriyie, popularly referred to as Sir John, a former Chief Executive of Forestry Commission, with regard to his alleged acquisition of lands within the Achimota Forest and the Sakumono Ramsar site.

A statement dated May 26, 2022, signed and issued by the Special Prosecutor, Kissi Agyebeng, said the late Sir John will be investigated alongside other persons regarding the suspected unlawful acquisition of properties.

Below is a copy of the statement from the ministry

The Minister for Lands and Natural Resources, Hon. Samuel A Jinapor, MP, has today, Thursday, 26th May, 2022, requested for information on all transactions affecting the one thousand one hundred and eighty-five (1,185) acres of land acquired by the State in 1927 and constituted a Forest Reserve in 1930 under the name Achimota Firewood Plantation Forest Reserve. The request follows an earlier Statement by the Minister to act on any improper acquisition of public lands, including the Achimota Forest Lands, regardless of how they were acquired, whether now or in the past.

In a letter addressed to the Chief Executive Officer of the Forestry Commission, the Minister has asked the Commission to submit to his office, within one week, all leases granted by the Forestry Commission over the 1,185 acres of land, and any amendment or variations to those leases, as well as any sublease or assignment granted over any part of the land.

In a separate letter addressed to the Executive Secretary of the Lands Commission, the Minister has requested for information on all transactions affecting the land acquired in 1927, including de-gazetting, leases, subleases, assignments, and other transfer or disposition of any part of the lands in question, whether made by the Forestry Commission or any other person.

In another letter addressed to the Nii Owoo Royal Family, the Minister has asked the Family to submit to his office all subleases and assignments granted by the Family to any person.

The Minister has also asked the Lands and Forestry Commissions, as well as the Nii Owoo Royal Family, to provide the names and addresses of all beneficiary owners of any part of the land acquired in 1927. This will enable the Minister take the appropriate actions on Achimota Forest

The Ministry of Lands and Natural Resources will continue to deal with this matter, and all other matters affecting the lands and natural resources of our country, transparently, with the highest standards of integrity and with utmost good faith.
END
ISSUED BY:
THE PUBLIC RELATIONS UNIT
MINISTRY OF LANDS AND NATURAL RESOURCES 26TH MAY, 2022