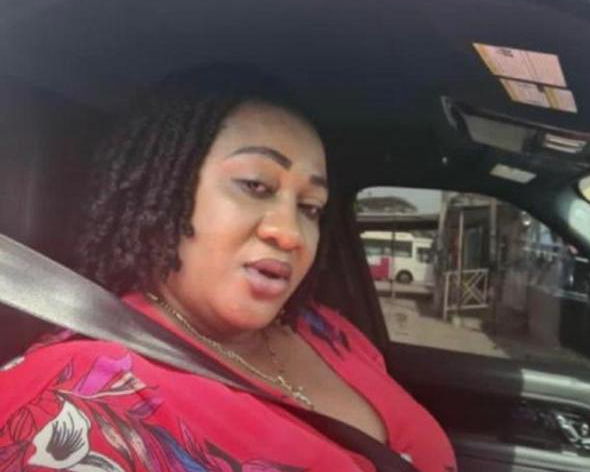 The police in Kumasi are on a hunt for six armed men suspected to be responsible for the murder of one Benedicta Pokua Sarpong at the Airport roundabout in the early hours of last Sunday.

The incident happened at about 1 a.m. when the armed men aboard a grey Toyota Camry attacked the woman on a white Range Rover bearing the customised number plate Prempeh-1-21, shot her through the right side and sped off towards Aboabo.

She was first rushed to the Manhyia District Hospital, but was referred to the Komfo Anokye Teaching Hospital where she died.

Before the incident, the husband, Nana Prempeh, had been seen in videos that went viral on social media displaying huge sums of dollar notes.

The Ashanti Regional Police Public Relations Officer, Assistant Superintendent of Police (ASP) Godwin Ahianyo, confirmed the incident to the Daily Graphic and said the police found only one live nine-millimetre ammunition at the crime scene, but could not find the spent shell of the bullet that hit her.

He said while the incident looked like a robbery gone wrong, the police would not yet rule out the possibility of a contract killing as the motive behind the act.

Nana Prempeh, the widower, further fuelled this speculation in an interview on Akoma FM, a private local radio station in Kumasi.

He said on the night of the incident, he and the wife were returning home from an outing in different cars, where he made his wife to drive his Ranger Rover, while he followed her in another car.

He said: “All what I saw was that someone opened gunfire on her. They shot her multiple times and sped off”.

He said he strongly believed that the assailants were after him, and did not know that he had swapped cars.