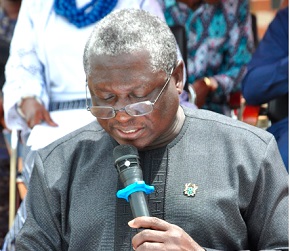 There are currently 4, 493 farmers cultivating various food crops on a total of 12,380 acres in the South Tongu District in the Volta Region.

The District Chief Executive (DCE), Seth Kwasi Agbi, who disclosed these at the World Food Day celebration in Sogakope last Friday, therefore, renewed his appeal to investors in the agricultural sector to commit financial and material resources to the South Tongu District.

He said the fertile soil, vast land and the firm stance of the teeming youth to till the soil guaranteed good returns in such investments.

“This is an indication that there are a lot of active people in the agricultural sector here and, therefore, the need to support them in diverse ways to expand to boost the local economy,” the DCE stated further. 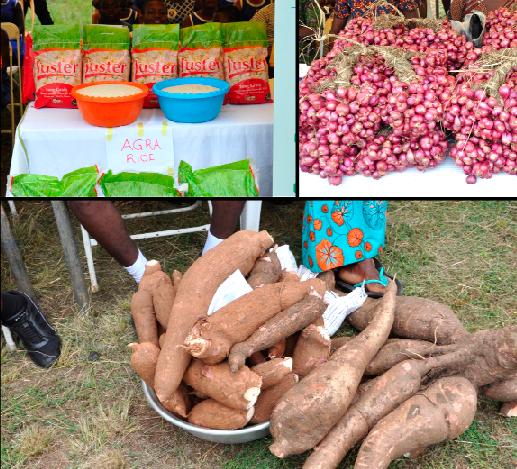 The day was marked with a flag-hoisting ceremony and a mini-durbar at the Sogakope JHS B Park.

It was on the theme: “Leave no one behind, better production, better nutrition, a better environment and a better life”.

Mr Agbi said tomatoes and water melons were also among the major foodstuffs being cultivated by farmers in the district.

He said two companies, GADCO and Brazil Agro Business Group Limited, were also cultivating and processing rice for export to the local and international markets, which was another boost for agriculture in the district.

Mr Agbi said the region also had land and environmental conditions suitable for poultry farming and livestock production in addition to several water bodies which included streams, rivers, lakes, lagoons and the sea.

In a presentation to mark the day, the Volta Regional Minister, Dr Archibald Yao Letsa, said the region was endowed with large hectares of arable land for the production of a wide variety of tropical crops.

He noted, however, that the opportunities water bodies offered for farming and irrigation and aquaculture were currently underutilised.

That, notwithstanding, he said, the region had the potential to become the food basket of Ghana when the needed investment was attracted into the agriculture and aquaculture sectors.