How Aisha Huang swerved the cameras in court [VIDEO] 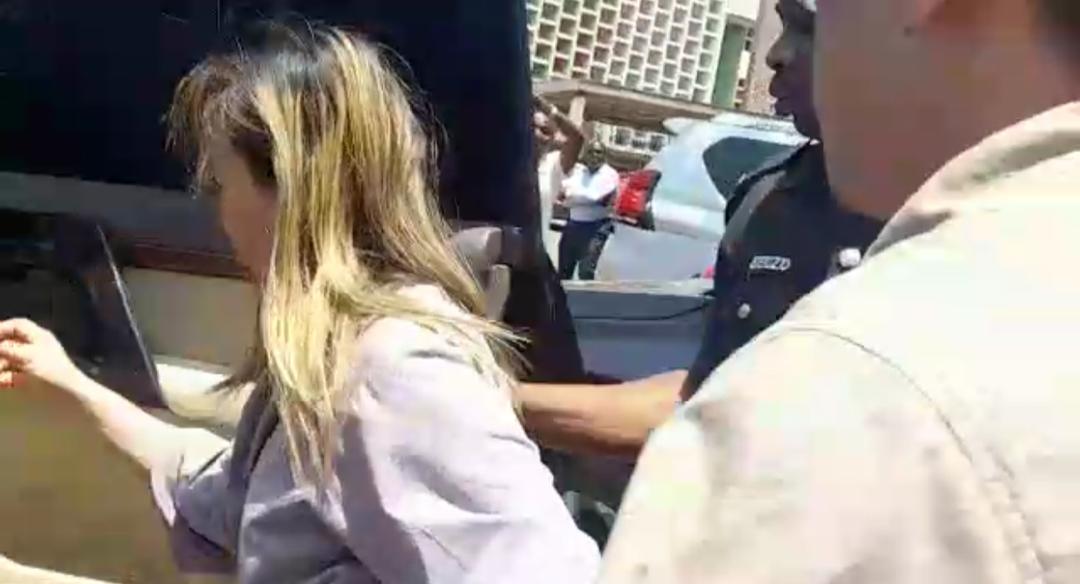 How Aisha Huang swerved the cameras in court
30.5k Shares

There was drama at an Circuit Court Wednesday at the trial of the Chinese national, En Huang, popularly known as Aisha Huang.

The proceedings were interrupted as one of the accused persons, charged alongside Aisha, Johng Li Hua, collapsed in the course of the hearing.

She was rushed out of the courtroom for medical attention, reports Graphic Online's Justice Agbenorsi who was in the courtroom.

It was not immediately clear what caused Jong Li Hua to collapse in the courtroom but there are suspicions, it could be exhaustion as the small courtroom was packed with many people.

Already, the Attorney General and Minister of Justice has called for the docket to review and advice how the prosecution should go.

When the case was called Wednesday (September 14, 2022), their lawyer, Captain Retired Nkrabeah Effah-Dartey pleaded for bail, but the court declined.

Aisha Huang and the three other Chinese nationals – Jong Li Hua, Huang Jei and Huaid Hai Hun - have pleaded not guilty to the charges of engaging in sale of minerals without license, and mining without license.

Huang was arrested through a National Security operation after she reportedly sneaked into the country to again undertake the illegal mining activity, according to the prosecution.

The court after declining the application for bail remanded them to police custody re-appear on September 27, 2022.

How she swerved the cameras

After the court proceedings today, Aisha Huang managed to escape the sharp lenses of many media personnel, who had thronged the court premises to cover the proceedings.

Later, their lawyer, Nkrabea Effah-Dartey, in media interview said the media was “overhyping” the case involving the Chinese national.

He said the matter in court was a “small matter” and he was surprised at the attention the media has given it.

“My worry is that the media has overhyped this small matter of mining without a license and doing mineral sales without license. It is a small matter, it happens every day in Ghana. So I don’t see why the media should even write an editorial on this matter”.

“And it is that which is creating the problem and giving all manner of insecurity to the issue,” he stated.