Hogbetsotso Za: Watch the reaction to VP Bawumia listing the achievements of govt 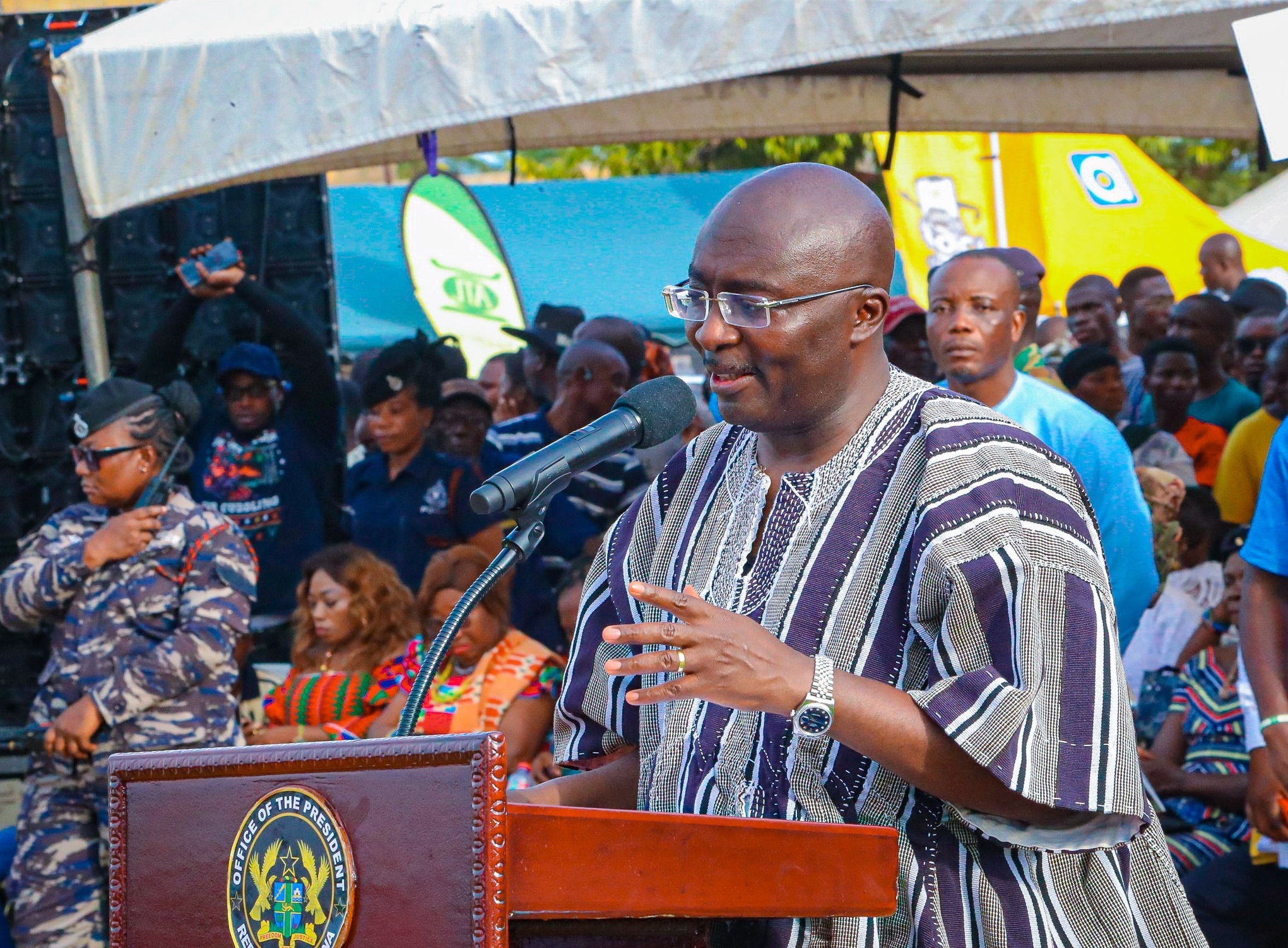 Vice President Dr Mahamudu Bawumia received a mixed reaction to his address at the Hogbetsotso Za festival at Anlo in the Volta Region on Saturday, November 5.

In his speech, he touted the importance of the Anlo state to the development of the country.

However, the crowd became vociferous when he started to list the achievements of the government despite the current economic crisis.

Initial jeers were later drowned out by cheers midway through his address especially when he started to list the technological achievements the country had made over the past six years.


He added that over the past six years, the country had instituted transformational policies such as the issuance of the National Identification Card, a digital property address system, and Mobile Network Interoperability between telecommunications companies and banks.

"For the first time in our history, any Ghanaian who has a national ID card can open a bank account, sitting at home and don't have to go to any bank to fill a form.

"For the first time in our history, we have drones, medical drones delivering medical supplies to our people in very remote areas whether its blood, vaccines, medicines and so on... and Ghana, our own Ghana is the whole world's largest medical drone delivery, the whole world.

Despite listing a host of achievements, the Vice President added that the government still had a lot to do to meet the cost of living challenges confronting Ghanaians

"We have more to do, Ghanaians are facing a major increase in the cost of living, the cost of food prices, fuel prices and so on and we have to do more to make sure we can relieve the burden of Ghanaians".