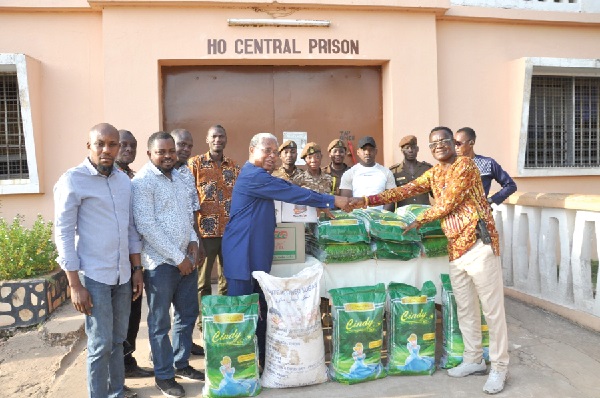 The Chief Superintendent of Prisons (CSP) and Second-in-Command of the Ho Central Prison, Francis Dotsey, has appealed to corporate and religious bodies as well as public-spirited individuals, to support the feeding of the inmates.

He said the feeding fee of GH¢1.80 per prisoner per day from the government was woefully inadequate.

CSP Dotsey made the plea when the National Democratic Congress Member of Parliament (MP) for Ho Central, Benjamin Komla Kpodo, donated some food items worth GH¢10,000 to the prisoners on Christmas Day.

The items included 10 maxi-bags of rice, cartons of cooking oil, tin fish and a bag of sugar.

CSP Dotsey thanked the MP for the gesture, saying it would definitely bring some relief to the inmates.

CSP Dotsey called on the public to willingly contribute to the welfare of prisoners, especially with regard to their feeding, in the broader national interest.

He pointed out that convicts needed the love and goodwill from all and sundry in the society to reform and re-integrate among the people, after serving their time behind bars.

The Second-in-Command of the facility said the Ho Central Prison, which had a capacity of 170 was now crammed with about 450 inmates and that was not helping their comfort.

For his part, Mr Kpodo entreated members of the public to show constant concern for the good of convicts, saying the possibility of accused persons getting wrongly incarcerated could not be ruled out.

He pledged more support for the prison in the near future, saying it was only proper for the public to support the government to feed and reform convicts.