GJA to name Investigative Journalist of the Year award after Ahmed 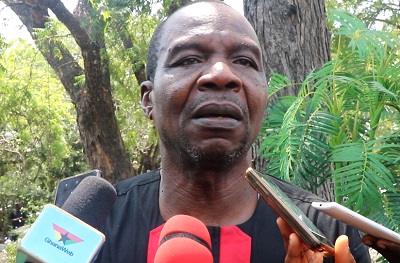 association of Ghanaian journalists says that although it is yet to conclude the modalities for the category, it is hopeful that the award will be a fitting tribute to Ahmed who was gunned down on January 16, 2019, in Accra.

The 32-year-old member of the Tiger Eye PI was leaving home in his car when two men said to be riding a motorbike shot him three times at Madina and bolted.

The GJA President Affail Monney made this known when he addressed a memorial service in honour of Ahmed on Friday in Accra.

"We believe he (Ahmed) has done something which should not be made to vanish with the passage of time," Mr Monney said in an interview with .

He added: "So we are going to honour him with a category in investigative journalism. This is also to encourage young journalists".

Mr also responded to critics who have taken issue with the coming to the aid of Ahmed who was not a registered member of the body.

He said the was affiliated and modelled after the International Federation of Journalists - a body which does not discriminate between registered and non-registered members.

According to him, the has professional solidarity with Ahmed's boss Anas Aremeyaw Anas and as such anything that affects Anas also affects the body.