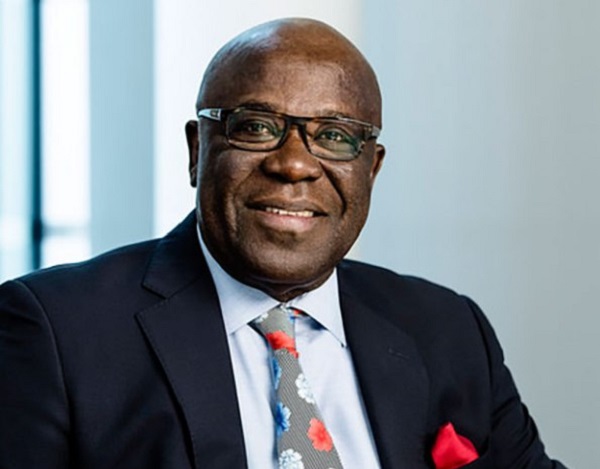 Statesman and business executive, Sir Sam Esson Jonah, has called for a new fiscal rule that allows Ghana and other resource-rich African countries to negotiate with extractive companies for a respectable share in the production.

The mining expert said that should be after the mining and oil companies had recouped their initial investments and made attractive returns on them.

The former President of Anglogold Ashanti said products shared under that arrangement should complement the royalties and taxes that were usually paid to the state by extractive firms.

Sir Jonah gave the advice in a lecture in the Harvard Centre for African Business Studies at the Harvard University in the United States of America (USA).

After the about 25 minutes delivery to the physical and virtual audience, the Executive Chairman of Jonah Capital also used the question and answer session to throw more light on the policy proposal, which he said should be hinged on upfront and transparent negotiation between the state and the investor.

Sir Jonah said typically, a mining company would recoup its returns within a period of operation and said once that was achieved, it was not unfair to share production on a negotiated ratio with the state.

He stressed that mineral resources were finite and the continuous reliance on only taxes and royalties by African governments as returns from their irreplaceable natural resources was inequitable.

He said beyond depriving the state of its fair share of the resource, it limited the gain that the economy and the citizens could make from the production, leading to slow development and the prosperity of the people.

During the lecture, Sir Jonah traced the commercialisation of Ghana’s mining sector to around 1895, when three Cape Coast merchants, Biney, Brown and Elis, acquired a 100-square mile mining concession from the Kings of Adansi and Bekwai.

He said the concession was sold to an Englishman after two years and it later became Ashanti Goldfields Corporation.

Growing up in the mining town, the Executive Chairman of Jonah Capital said, he witnessed at first-hand how a town could be so rich yet so poor and deprived.

He said it was sad that decades down the line, the situation remained the same, with about 70 per cent of the gold production and export in Ghana being controlled by five multinational companies, with virtually no Ghanaian having even one per cent equity share in their productions.

He said a similar misfortune had befallen other resource-rich African countries, noting that: “This lack of significant ownership by indigenous Africans in the extractive industry is, therefore, a sensitive matter which needs to be addressed”.

“Given the huge amount of capital investment normally required in the industry and the associated risk, it is difficult to see how this situation would change in the near future unless some very innovative ways are found to tackle it,” he said.

To help give African countries an appropriate share of their natural resource wealth, the statesman said an immediate priority was to start a discussion across political party lines on how to enhance the capacity of the state to play a meaningful and informed investment role as a partner to big business.

“Secondly, the government must negotiate to have an option to acquire high ownership interest in mining companies on some pre-determined very favourable terms after a certain number of years of operation and/or after a company has achieved a certain return for its foreign shareholders.

Born in Obuasi, an age-old mining town in the Ashanti Region, Sir Jonah got into mining around 1969 when he took up a practical attachment with the now AngloGold Ashanti to justify his qualification for a scholarship to study mining engineering in the university.

He told the audience that his lecture was based on personal experiences from decades of engagement in the industry, which he said gave him perspectives he now shared with many policy markers in Africa and the youth.

The lecture was on the theme: ‘Extractives, climate change and the energy transition: What the future holds for Africa’.

It was the sixth in the series of the event instituted in 2015 to throw more light on topical issues affecting Africa.