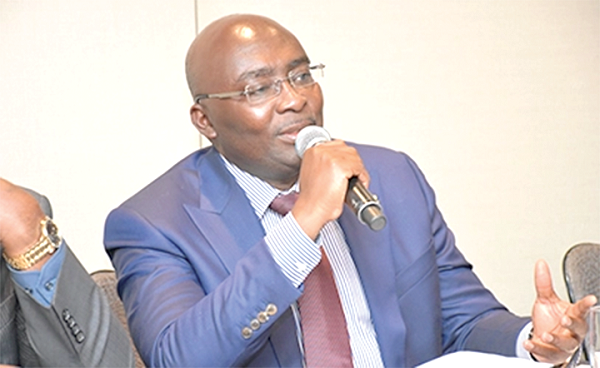 The United Kingdom (UK)-Ghana Economic Partnership, under the UK-Ghana Business Council (UKGBC), has invested more than £223 million in infrastructural projects across the country.

The investment has been channeled into the development of the country’s critical infrastructure, combining support and expertise with the skills and entrepreneurship of Ghanaians to build roads, bridges, hospitals, water infrastructure, airports, as well as the expansion of the Kumasi market.

This came to light during the fifth UK-Ghana Business Council, which was hosted virtually by the Jubilee House last Tuesday.

The UK government, during the meeting, announced a new support programme for the Ministry of Finance and the Ghana Revenue Authority (GRA), and said the collaboration would increase tax revenue and strengthen the country’s tax policy and administration.

The meeting was co-chaired by the Vice-President, Dr Mahamudu Bawumia, and the UK Minister for Africa, Mr James Duddridge.

It reflected on the achievements of the UK-Ghana partnership over the past years, including the security sector.

Among the subjects discussed during the session were the progression of key projects that had grown out of the work of the UKGBC such as supporting work to create jobs and build sustainable industry in the automobile, garments and pharmaceutical sectors through the UK’s £12 million JET programme and the ongoing construction of the Tema to Aflao road.

The £80.3 million project is also expected to grow and improve transport links across the country and ultimately the West African sub-region.

It is also expected to create skilled jobs for Ghanaians.

The Minister of Trade and Industry, Mr Alan Kyerematen; the Minister of Defence, Mr Dominic Nitiwul; the Minister for Public Enterprises, Mr Joseph Cudjoe; and the Senior Adviser to the President, Mr Yaw Osafo-Maafo, were the participants from Ghana.

The participants welcomed the signing of the UK-Ghana Trade Partnership Agreement, and said it was a foundation for a strengthened trade relations which would also secure tariff-free access for products sold in British shops, as well as support for jobs in Ghana.

Mr Walker said the council recognised the partnership between Ghana and the UK and the real progress made by both countries since the council was established in 2018.

“Together, the UK and Ghana have worked to encourage economic diversification, seen new investment in manufacturing and improved tax policy, and signed a Trade Partnership Agreement that will support Ghana’s own priorities in trade and investment, and ensure that our mutual partnership strengthens,” he added.

Established in 2018, the UKGBC functions as a high-level forum to promote bilateral relations and strategic partnerships between Ghanaian private sector and UK counterparts.

It promotes trade and investment for the mutual benefit of each nation and enhances economic growth.

The UK-Ghana Trade Partnership Agreement is expected to provide Ghana with tariff-free access to the UK and restore the terms of trade that applied until December 31, 2020.

It would also give the UK the opportunity to further deepen its relationship with Ghana and pursue the common interests of both countries.