US Ambassador underscores peace in north

The US Ambassador to Ghana, Stephanie Sanders Sullivan, has stressed the need for peace to be maintained, particularly in the northern part of Ghana, as that was crucial to the development of the area.

She said maintaining peace was not only a fundamental right but also crucial to the development of any community, for which reason it was imperative for the five regions in northern Ghana to pursue accelerated development by doing all they could to ensure that there was peace and security in the communities for people, as well as businesses.

Mrs Sullivan made the call during a working tour of the Northern and the Savannah regions, where she visited partners in Tamale, Yendi, Buipe and Salaga. 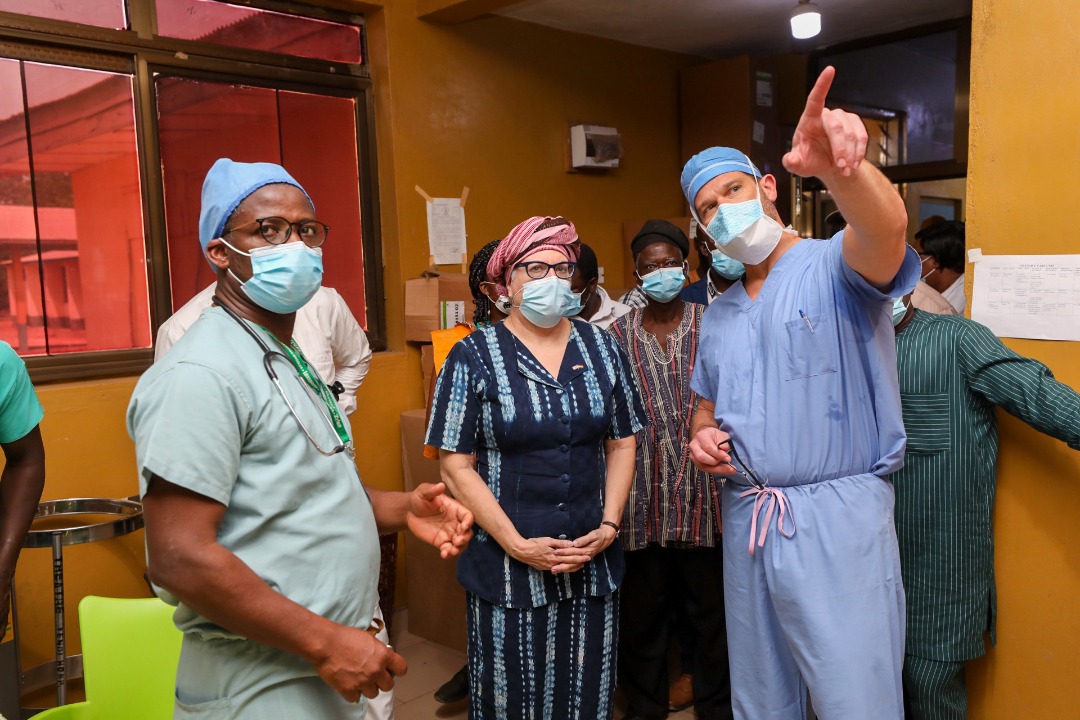 The tour was to help her assess the level of progress of various activities initiated by either the US Embassy or US agencies in the country. 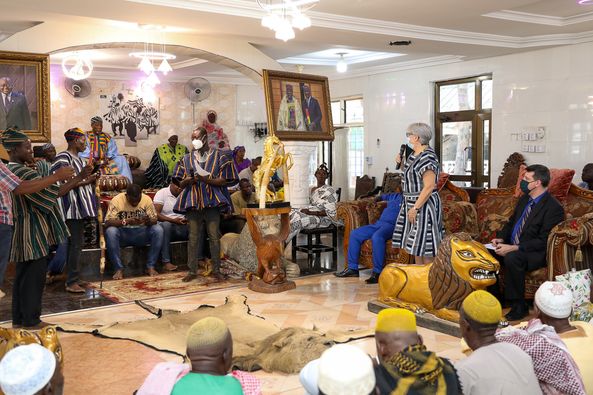 During the meeting with the Northern Regional Minister and the other stakeholders in the promotion of peace, Mrs Sullivan affirmed her country’s commitment to peacebuilding and the development of northern Ghana.

She stressed that it was important for the peace in the region to be maintained to encourage more partners to continue to invest in the development of the area.

She highlighted projects by the United States Agency for International Development (USAID) to support initiatives to equip traditional authorities and Regional Peace Councils with the skills and knowledge to mediate conflicts in their jurisdictions.

That support, she intimated, had improved the sustainability of mediated disputes, formalised community land-use procedures, promoted the use of alternate dispute resolution approaches and encouraged inclusive governance.

The Ambassador congratulated the Northern Regional Peace Council and WANEP on their work and urged them to continue building community resilience, reinforcing social cohesion and helping individuals to reject extremism.

Mr Shaibu said the region was committed to preserving the peace, as it was necessary if it should attract the needed support and investment to help with its development.

He emphasised that dialogue was a better and more cost-effective way of resolving misunderstandings and expressed appreciation to the US for its support over the years.

Ya-Naa Abukari commended the US for its continued support for the Northern Region through the various interventions from its agencies.

He made special mention of Ms Sullivan’s interest in the development and progress of women in the region and expressed gratitude for the role she had played in that regard.

“You have shown so much interest in the development of our women and children, and this you have done by your regular visits to follow up on projects they are involved in, as well as the interventions US agencies have initiated in our communities,” the Dagbon Overlord intimated. 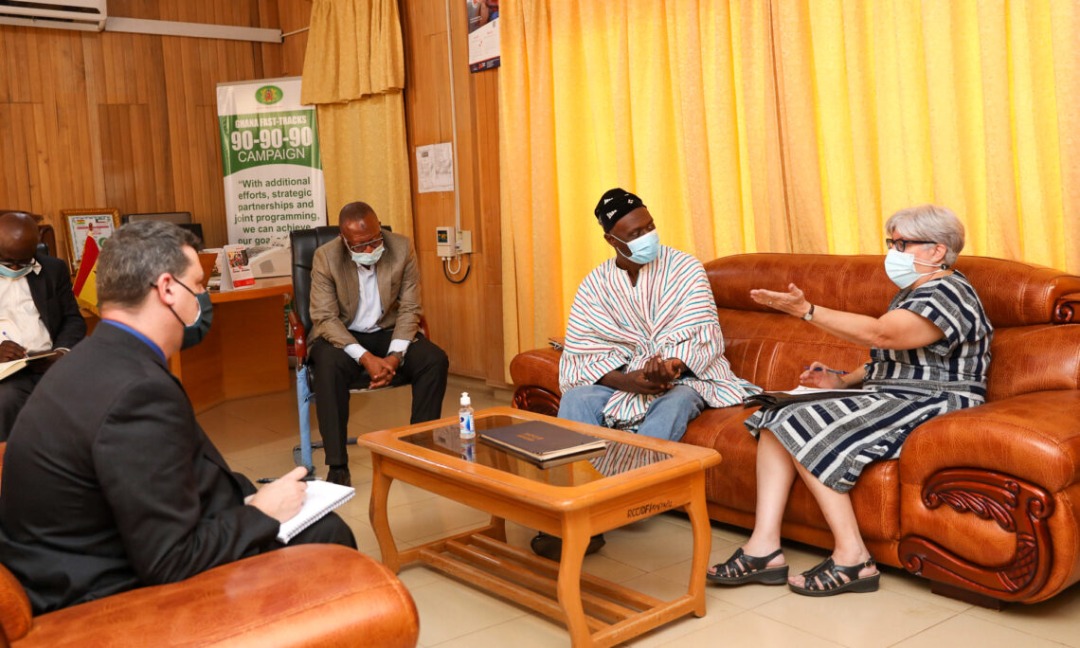 In the Savannah Region, Ambassador Sullivan visited the Buipe Port, where she and her delegation were taken round the facility to know at first-hand how the port operated.

She described the port as strategic and important to the development of the area, given the role it played in business and commerce as the main water transport hub and inland port in northern Ghana.

She indicated that USAID’s West Africa Trade and Investment Hub was supporting businesses in the north to develop export partnerships to access international markets.

“The Buipe Port is very important to the development of northern Ghana, as more businesses, including those supported by USAID and several US firms, can catalyse private investment, increase their exports, create jobs and connect these new exports with the global market via the Volta Lake through the Buipe Port,” she said.

In Yendi, the Ambassador visited a new trauma and emergency ward at the Yendi Government Hospital being constructed by Mission:318, a private US charitable organisation that has provided medical services and supplies in the Yendi community for more than 10 years.

Sod for the construction of the facility was cut in 2021 and work has progressed steadily.

After inspecting progress of work, Ms Sullivan commended the team for its commitment to duty, as it reflected the values of America and also further strengthened the bond between Ghana and the US.

“What Mission:318 is doing models many of the values of the American people – sharing the fruits of our prosperity and helping others to help themselves, further proof that Americans’ deep connection with Ghanaians is not just about the strong and enduring partnership with the US Government,” she intimated.