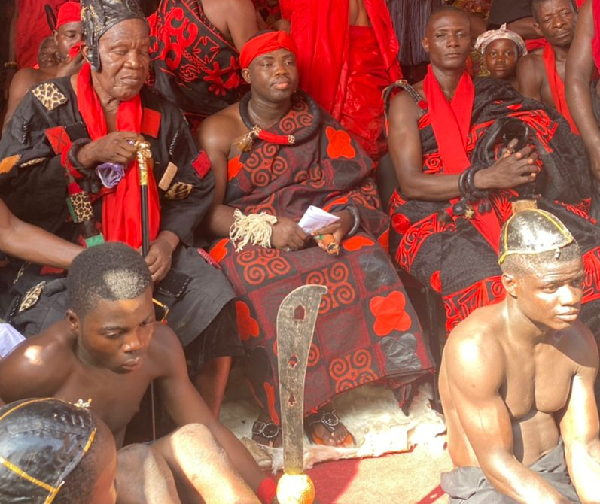 The people of Kpando in the Volta region will soon celebrate their biennial Dayi Baakaka festival after 50 year's long break.

The festival, according to the Member of Parliament for the area, Mrs Della Sowah, was halted because of chieftaincy disputes.

Mrs. Sowah explained that the last time the festival was celebrated was in 1972 with the late General Kutu Acheampong in attendance as Special Guest of Honour.

She made this known after the successful installation of a new Paramount Chief for the Kpando Traditional Area on March 6, 2022.

Throwing more lights on the celebration, Mrs Sowah said the festival traces its origin to their ancestral route from Nortse in modern-day Togo to present-day Kpando.

She added that the festival used to be celebrated every two years to remember their ancestors and to also thank God for their safe crossing of the Dayi River when it had overflowed its banks at the time their ancestors crossed it.

"Because history explains that around the period the Dayi had overflown its banks, the priest among them offered prayers and sacrifices. Miraculously, they were able to cross," she explained.

She said, "every division has a key role to play during the festival, hence the disunity made it impossible for the festival to be held."

“Now that the chieftaincy dispute has been resolved, the way is paved for Dayi Baakaaka as soon as possible”, she added.

She was hopeful that within the next two years, it would take place.

Regarding the installation of a new Paramount Chief, Mrs. Sowah thanked God for what she described as a huge success.

She also lauded the chiefs, Queenmothers and elders of Kpando and all and sundry for their support.

She is confident that the traditional leaders of Kpando would give the new Paramount Chief the needed guidance, counsel and support to rule effectively.

“My biggest congratulations is to Okpekpewoekpe Togbiui Dagadu IX for accepting this huge responsibility to lead Kpando on the traditional front,” Mrs. Sowah noted.

“Kpando is a beautiful complex terrain. And the type of load in Kpando needs a young and strong head like yours to carry it,” she observed.

She further prayed for more wisdom for the new 'Okpekpewoekpe' to enable him to fulfill his call.