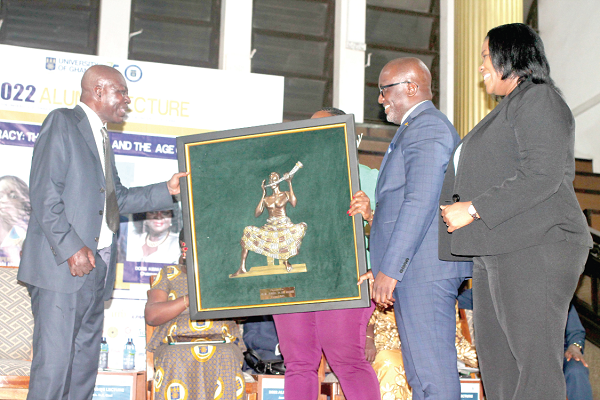 A retired diplomat, Daniel Kufuor Osei, has stressed the need to promote what he terms preventive diplomacy to help stop conflicts and military takeovers of governments in the West Africa sub-region.

He said recent coup d’etats in Guinea, Burkina Faso and Mali, as well as terrorist activities in some countries were a threat to the collective peace and democracy in West Africa.
Describing Ghana as a beacon of peace and democracy with decades of experience in diplomacy, Mr Osei said the country could take a lead role to forestall any such military takeovers and conflicts in the future.

“Ghana has tremendous experience and expertise in preventive diplomacy, and given what is happening in Guinea, Mali and Burkina Faso, we can see some fault lines emerging in other countries. “And so this is the time for Ghana to play a major role and make our diplomacy come to the fore,” he added.

Meanwhile, Mr Osei has lauded the country’s diplomatic efforts to restore peace and democracy in Africa, saying the leadership exhibited by Ghana during ECOWAS mediation initiatives to direct Burkina Faso, Guinea and Mali back to democracy, showed the country had become a diplomatic powerhouse.

Mr Osei, a diplomat with more than 40 years experience and an Executive Secretary to former President John Agyekum Kufuor between 2001-2009, was speaking in an interview after delivering a speech at the University of Ghana (UG) Alumni Lecture series in Accra yesterday.


The lecture was on the topic: “Liberal democracy: The new utopias and the age of new order.”

It was attended by notable personalities such as the Minster of Foreign Affairs and Regional Integration, Shirley Ayorkor Botchwey; a former Executive Secretary of ECOWAS, Mohammed Ibn Chambas, and the Vice-Chancellor of UG, Prof. Nana Aba Appiah Amfo.

The lecture series commenced in 1974 and had been delivered by some renowned alumni of UG, including Dr Kwadwo Afari-Gyan, a former Chairperson of the Electoral Commission (EC); two former Chief Justices, Justices Georgina Theodora Wood and Sophia Akuffo; the Chief of Staff, Akosua Frema Opare, and a former Speaker of Parliament, Prof. Aaron Mike Oquaye.

“There is no liberal democracy that is not in trouble largely due to the disconnect between citizens’ expectations and a changing definition of what constitutes decision-making power,” he said.

According to him, the advent of technology and the Internet had now made it easier for citizens to demand answers from their elected officials, thus making it possible for them to constantly request change.

“Historically, once elected, governments were empowered to take decisions and be assessed every four or five years. However, this has changed with the advent of technology and social media” he added.

Significance
For her part, Prof. Amfo said the lecture had shed light on many aspects of liberal democracy and how the country could adapt to deepen its democratic dispensation.