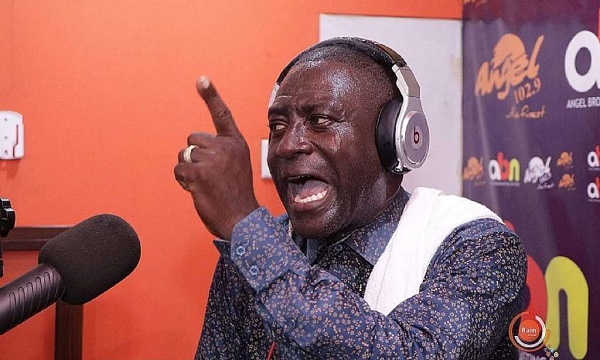 The Ghana Journalists Association (GJA) and the Association of Women in the Media (ASWIM) have condemned the verbal attack on Ghanaian female sports presenters by Blessed Godsbrain popularly known as Captain Smart.

The associations are demanding an unqualified apology from the radio presenter for making what they term “unsavoury comments against female television sports presenters”.

Captain Smart alleged in a radio broadcast on Accra-based Onua FM/TV and on social media said female television sports presenters have been “chopping” football players of the senior national men’s football team, the Black Stars, an act, according to him, undermined the performance of the team at the World Cup in Qatar.

“Although Captain Smart made specific reference to female television sports presenters, the GJA believes the gamut of, and extrapolation from, his comments, especially in their sweeping and baseless nature, is a severe, unwarranted attack on the morality, dignity and integrity of not only his subjects of reference but also female journalists in general”, the association stated.

The GJA also lauded the professional integrity and hard work of female journalists which have yielded many works of positive impact.

“We are proud to celebrate female journalists like Portia Gabor and Juliet Bawuah, both of TV3, in the stable of Media General, who won the Journalist of the Year and Best Sports Journalist awards, respectively, at this year’s GJA Media Awards. No amount of derogatory comments, even from within the Media General stable, will lower our estimation and celebration of our fine female journalists”, it said.

Meanwhile, the Association of Women in the Media (ASWIM) says the comment by Captain Smart is “unfortunate and irresponsible”.

“ASWIM finds it absurd and very difficult to understand why of all the technical reasons that can undermine a soccer team's performance, Captain Smart chose such a baseless and malicious allegation to make his point”, a press statement the President of ASWIM, Mrs Mavis Kitcher stated.

It said Captain Smart’s action does not only demonstrate his limitation in engaging in professional sports analysis but also his lack of appreciation of professional journalism.

“Captain Smart must understand that responsibility is at the core of professional journalism and its demands include the careful collection of facts, talking to credible sources, discerning the information, and presenting it in an impartial and responsible manner in the public interest”.

The ASWIM further stated that it is proud of female media practitioners who have had to, over the decades, work harder than usual in order to cross the finish line of sports journalism to rub shoulders with their male counterparts.

“It is in this vein that it strongly condemns Captain Smart's comments, which we believe, was not so smart thinking as it smacks of one which was conceived out of the lack of knowledge and appreciation of the tenets of the journalism profession. Obviously, the comments were meant to denigrate such accomplished women and belittle their contribution to the world of sports simply because they are women”

The association has called on Smart to withdraw his comments and render an unqualified apology to the female television sports presenters, and all women in the media.

The two groups also called on the Management of Media General to call Captain Smart to professional order in order not to call the positive image of the media institution into disrepute.