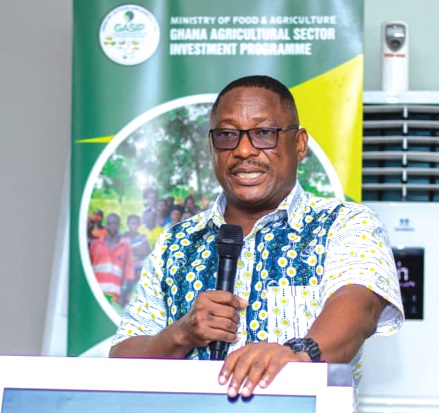 Some best farmer nominees for this year have cited poor road network to their farms, high interest rates on loans and lack of access to potable water and electricity as some of the challenges facing their smooth operation.

They also say the lack of a ready market for their produce also contributed to post-harvest losses.

These challenges came to light at a forum organised by the headline sponsor of the 38th National Farmers Day awards, the Agricultural Development Bank (ADB) in Koforidua yesterday.

The forum was to herald the awards ceremony, scheduled to take place at the Jubilee Park at Koforidua, the Eastern Regional capital, today.

The event, on the theme: "Accelerating Agricultural Development through Value Addition," is held every year to provide a platform for farmers and other stakeholders in the agribusiness industry.

It brought together all the nominee farmers to be rewarded, agricultural officials as well as officials from the Agricultural Development Bank PLC (ADB) and Ghana Agricultural Sector Investment Programme (GASIP). 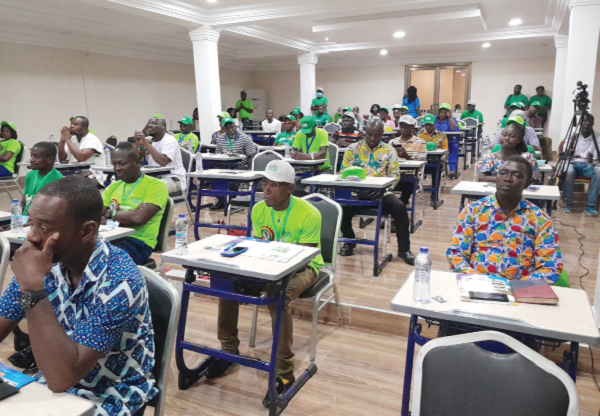 Some of the nominee farmers

Narrating his difficulties at the forum, which most of the nominees agreed with, a farmer who cultivates a variety of crops in the Eastern Region, Abraham Edusei, said the high interest
rate at the banks which stood at an average of 36 per cent, had been a blow to him.

He said such a high percentage was making it difficult to make the required profit to pay and maintain his farmhands and also repay the loan.

Apart from that, Opanin Edusei said the prices of farm inputs, especially fertiliser and weedicide, had also gone too high, making it almost nearly impossible to purchase the required quantity for the farms.

Another nominee, Yakubu Musah from the Upper West Region, who is into livestock breeding, mentioned bad roads in his operational area as well as high interest rates at the banks as killing his business.

He suggested that farmers be given soft loans to enable them to expand their enterprises to produce more.

For a cocoa farmer from Asankragua in the Western North Region, Yaa Angele, illegal mining, popularly known as ‘galamsey’, had polluted the water bodies in the area, making it impossible to get potable water.

She said the illegal miners had also destroyed some cocoa farms in the community.

She further lamented that potable water and electricity were absent in most farming communities and called for the situation to be improved for farming activities to go on.

That, Ms Angele indicated, would attract many people to farming because there was land available.

Setting the ball rolling, the Managing Director of ADB PLC, Alhassan Yakubu-Tali, reiterated the bank’s commitment to the commercialisation of agriculture in the country.

He said the bank was happy to be associated with farmers who continued to feed the nation and remained major contributors to the Gross Domestic Product (GDP) as well as the successes of the ADB.

Mr Yakubu-Tali said it was for that reason that ADB, for the past 13 years as the lead sponsor, had been supporting the only event on the nation’s calendar that sought to appreciate farmers and fishers for contributing significantly to the economy of the country.

While congratulating all the nominees on their hard work and selection, Mr Yakubu-Tali urged them to continue to produce more food for the country. He also said ADB would continue to support the National Farmers Day which recognised and honoured them for their efforts.

Meanwhile, the Industrial and Commercial Union (ICU) Ghana has commended farmers for their good work towards nation-building.

A statement signed by the ICU General Secretary, Morgan Ayawine, said the agricultural sector, continued to be the key driver of the Ghanaian economy in spite of the oil find and exploration.

“We could not have progressed as a nation without the toil and sacrifices of our farmers who opted for farming to feed the nation as opposed to clamouring for white-collar jobs as some of their compatriots do,” the ICU-Ghana said.