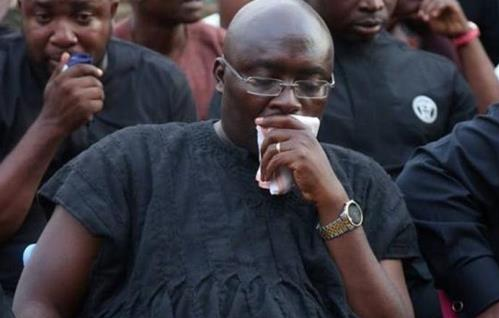 Vice President, Dr. Mahamudu Bawumia has commiserated with the Jallo fraternity following the death of one of its leading figures, Shaykh Aliu Ahmed Maikano Kalamu.

The respected Shaykh was the son of the late cleric, Shaikh Abdulai Maikano of Jallo fame in Prang.

He died Wednesday morning after he was allegedly shot by unidentified persons.

The Vice President on his Facebook page expressed shock and eulogised the late cleric.

"I received with shock the news of the death of Shaykh Ali Ahmed Maikano Kalamu this morning. The learned Shayhk was a man of peace who worked for the unity of the Muslim community in Ghana,"Dr. Bawumia wrote.

"I offer my condolences to the Maikano family and the Jallo fraternity. May Allah grant him Jannatul Firdaus and unite him with his father, Shaykh Abdulaihi Maikano, and all departed souls.", he added.

The late cleric was the brother of Khalifa Abulfaid Ahmad Abdulai Maikano Jallo, Leader of the Jallo fraternity 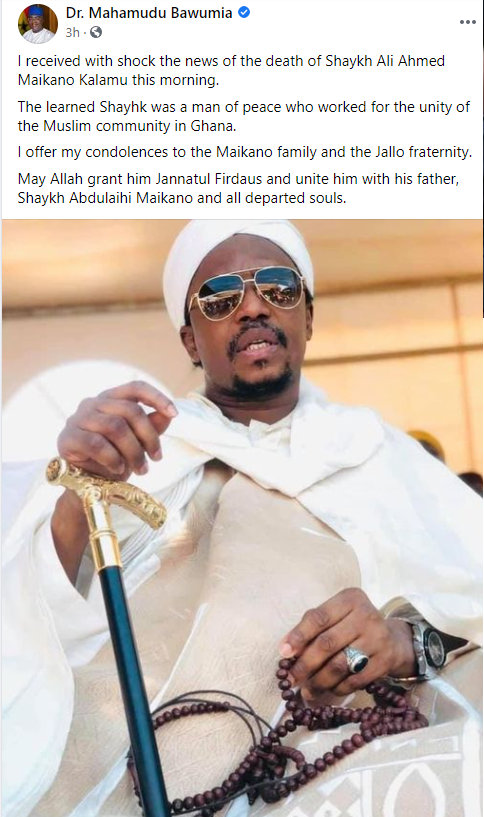