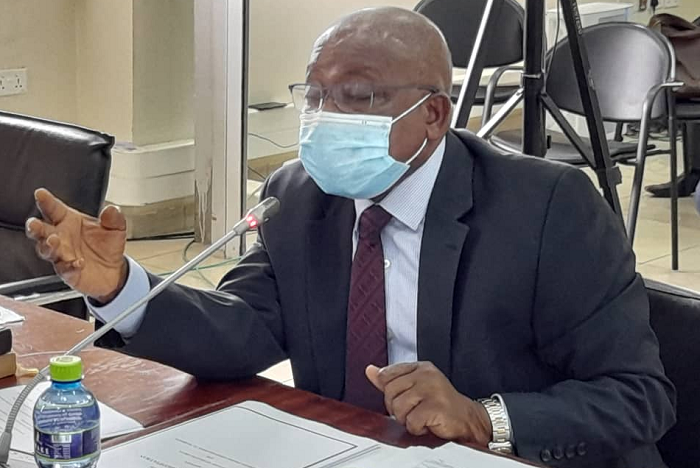 The Minister of Health, Mr Kwaku Agyeman-Manu, has revealed that the contract agreement between the government of Ghana (GoG) and the company of Sheikh Ahmed Dalmook Al Maktoum for the procurement and supply of Sputnik-V vaccines has been terminated.

He said the private office of Sheikh Ahmed Dalmook Al Maktoum wrote to him Wednesday, July 14, 2021, to terminate the contract due to the challenges the company was facing to source and supply the first 300,000 doses that were to be delivered within two weeks.

Per the agreement, a total of 3.4 million of Sputnik-V vaccines were to be procured and supplied to Ghana at US$19 excluding taxes at a total price of GH¢64 million as against the US$10 per dose ex-factory prices on the global market.

Appearing before a nine-member adhoc committee set up by Parliament to probe the contract agreement between GoG and Sheikh Ahmed Dalmook Al Maktoum, Mr Agyeman-Manu, said the office of Sheikh Ahmed Dalmook Al Maktoum had earlier written a letter to him, dated March 9, 2021, to highlight the series of challenges the company was enduring due to late delivery of vaccines and limited availability of stock.

He said after the contract had been agreed, the company gave two weeks to supply the first 300,000 doses Ghana had ordered based on the government’s ability to provide them with letters of credit as part of the terms of the agreement.

He said when the letters of credit from Ghana delayed and got to the company, the company came back to confirm that they had ran out of stock and that Russia was going to supply it more stock for them to supply Ghana within two weeks.

“After weeks, we enquired and they said they still had not got supply and we started engaging them that if that is the matter, they should permit us to amicably withdraw from the contract so that we can do something different to find vaccines for ourselves because our faith in them to supply was weaning,” he said.

The minister indicated that due to the scarcity of vaccines from various multilateral sources globally, he got in touch with the private office of Sheikh Ahmed Dalmook Al Maktoum and the company declared that it could supply the vaccines and the officials were ready to come down to Ghana for negotiation.

He said he insisted they should show proof of availability in their stock because he did not trust what they were telling him was correct.

To demonstrate that they had the capacity, he said, they assured they were bringing 20,000 doses of Sputnik-V vaccines but ended up bringing in only 15,000 samples on the day they came for negotiation.

“So, they brought us first 10,000 dose and 5,000 second dose. When it was becoming imminent that they could not supply, we insisted that we could not get them to take the vaccines back so they should bring us the complement of the 5,000 first dose that is left.

So, they eventually brought us the second supply of 5,000 doses which made first dose 10,000 and second dose 10,000 as a complement to be able to utilise these vaccines,” he said.

Mr Agyeman-Manu, who is also the Member of Parliament for Dormaa Central, told the committee that following continuous pressure exerted on the company, which had assured to deliver the vaccines in July this year, they first gave “verbal notice” that they would not be able to supply the vaccines any longer and eventually terminated the agreement.

“So, as we sit here, I believe there is no contract between the two of us,” he said, adding that to the best of his knowledge, Ghana had not done any payment for the vaccines.

He said now that the company had terminated the contract, the government was now going to consider how to pay for the 20,000 that had already been supplied.

With regard to the contract between the government and S. L. Global, a Ghanaian company, for the supply of vaccines, he said the government had not yet issued any letters of credit to.

“S. L. Global is also giving us the indication of the fact that they will not be able to supply so we are still engaging,” he said.