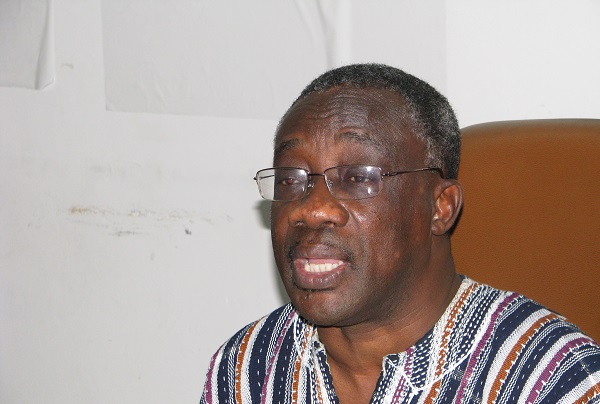 A freight forwarder, John Kwame Adu Jack, filed an application for an order of interlocutory injunction seeking to stop the implementation of the CTN pending the final determination of his suit challenging the policy.

The CTN is meant to help Custom officers have proper and adequate information on cargoes to prevent under-invoicing and fraud at the country’s ports.

In a ruling, the court, presided over by Justice John Eugene Nyante Nyadu, held that Adu Jack  failed to raise any ‘serious question of law’ to warrant any right  for an order of interlocutory injunction.

The court was also of the view that even if the applicant had any right to an interlocutory injunction order, on the balance of convenience, the state would suffer greater hardship if the application was granted.

The Ghana Revenue Authority (GRA) started the implementation of the CTN in October, 2018

Under the CTN system, exporters the world over, shipping cargo to Ghana will be expected to provide detailed and timely information about their shipment in advance on a global online platform.

All cargoes coming into the country must be covered by a CTN number, a unique loading certificate number which confirms detailed information about the cargo and the movement between ports.

It is this unique number that would give Customs and other relevant authorities the opportunity to effectively control, supervise and manage import traffic. The CTN number is mandatory, without which clearing of goods at the ports will not be possible.

This allows Customs to verify information such as; description of cargo, weight, volume, type and value of the cargo, exporter/importer, mode of shipment and shipping route as well as the value of the freight.

However, there are some exceptions- only importers of more than 36 by 20 footer containers per year are affected by this policy

According the GRA, the CTN is part of wide range of reforms to check fraud and revenue leakages at the ports.

Dissatisfied with the CTN’s implementation, Adu Jack who also described himself as an importer sued the GRA, the Commissioner –General of the GRA, Mr Emmanuel Kofi Nti, and CTN Ghana Limited, the implementation company.

He further filed an application for an order of interlocutory injunction praying the court to halt the implementation of the CTN policy on the grounds that he will suffer irreparable loss if the policy is implemented and he wins the case eventually.

It was his case that the  CTN imposes certain fees and charges, but these fees were illegal and unconstitutional because they were not backed by any regulations or approved by Parliament as required by Customs Act, 2015 (Act 891) and Article 174 of the 1992 Constitution.

He further argued that the CTN violated the World Trade Organisation (WTO) Trade Facilitation Agreement, a treaty which Ghana ratified on January 4, 2017.

In his ruling on the application for an order of interlocutory injunction, Justice Nyadu held that the applicant could not prove that he was an importer of 36 by 20 footer container and, therefore, he would be affected by the implementation of the CTN.

“In substance, the plaintiff/applicant has not demonstrated to this court, the rights in respect of which he requires protection from the court or acts done by or about to be done by the defendants/respondents that are adverse to his rights,” the presiding judge held.

He further ruled that the payment of fees under the CTN which was one of the contention of the plaintiff have been discarded by the GRA.

“The plaintiff has no proof of actual fees charged for the use of the service, it follows, therefore, that the fee component, which would have required the enactment of regulations as alleged by the plaintiff is non-existent,” Justice Nyadu ruled.