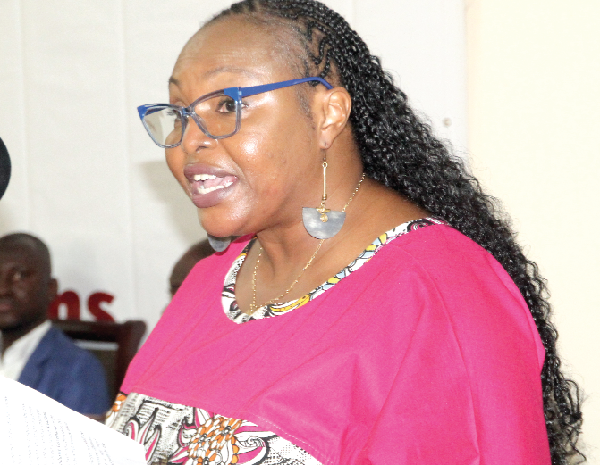 Corruption in the public sector remains an existential threat to the consolidation of the country's democracy, a new Civil Society Organisation (CSO), has stated.

The organisation, Coalition for Democratic Accountability and Inclusive Governance (Citizens’ Coalition), observed that despite the government's interventions such as the establishment of the Office of the Special Prosecutor (OSP), the provision of some resources to some anti-corruption agencies and the passage of the Right to Information Law, not much progress had been made in the fight against corruption.

At a press conference in Accra last Monday to demand accountable governance, the coalition pointed out that “after 30 years of practising democracy in the Fourth Republic, we risk reversing the gains we have made as a country and putting the future of the youth in jeopardy".

The press conference, which was addressed by the Executive Director of the West Africa Civil Society Institute (WASCI), one of the 34 CSOs that formed the coalition, Nana Asantewa Afadzinu, argued that most of the challenges “we face in the governance arena and its impact on the health of our economy are occasioned by the sheer disregard for basic tenets of inclusive governance, transparency and accountability”.

Nana Afadzinu touched on a wide range of issues that included corruption and the needless waste of public resources, the purported reclassification of the Achimota Forest Reserve and matters arising, government’s steps at implementing the Agyapa Royalties Agreements and matters arising.

Other issues the press conference addressed were accountability for the COVID-19 Funds and the Affirmative Action Bill.

She called on the Auditor General to exercise his powers under the Constitution to issue “surcharges and disallowances" against persons cited for various financial irregularities in the 2019 and 2020 Auditor-General's reports.

Nana Afadzinu cautioned that if the Auditor-General persists in ignoring “his clear Constitutional mandate affirmed by the Supreme Court, our coalition will take the necessary action to ensure that he complies with the Constitution of Ghana".

On the purported reclassification of the Achimota Forest Reserve, she called on the Ministry of Lands and Natural Resources to “abort all plans towards implementing the redevelopment of the forest".

“We also urge President Akufo-Addo to immediately suspend the Executive Instruments (E.I.144 and 145) and all ancillary plans to redevelop the only greenbelt in Accra,” it further stated.