Commemoration of Children’s Day: Over 400 children reunite with families 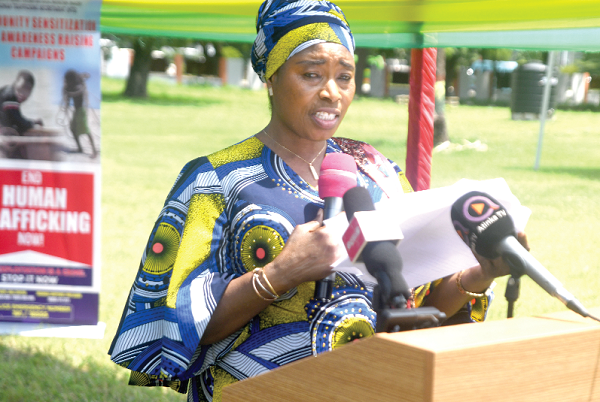 Over 400 children under the care of the Department of Social Welfare were reunited with their families last year.

Within the same period, 245 children were offered to foster parents by the department.

The Director of the Department, Rev. Dr Comfort Asare, who said this in an interview on the sidelines of the National Children’s Day celebration in Accra yesterday, however, expressed displeasure at the attitude of some families who, after the reunification, sent the children back to the department.

“It is a problem for us. We’ve been talking and sensitising parents but it looks as if some of them just don’t want to be responsible. They don’t tell us anything and they just dump the children on us. “Some of the parents do not even accept the children after we have sent them, claiming the kids are recalcitrant,” she added.

The annual Children’s Day celebration was instituted on August 31, 1979 by the government as a key initiative to ensure the general welfare and development of children in the country and to promote the UN Convention on the Rights of the Child.

It was celebrated on the theme: “The role of the community in eliminating harmful practices”.

Participants stressed the need for stakeholders to intensify advocacy on the eradication of harmful practices that targeted children in the country.

According to Rev. Asare, institutional training was not the best for children, hence the need to reunite them with their families.

“Now, if you let a child grow at the home without the family, who guides or becomes the relatives of the child when they are of age? When they are getting married it becomes a problem. When they give birth, it becomes a problem. Who are the parents? Who are the relatives? That is one major reason why we are recommending the reunification,” she said.

The director further said that some of the children refused to go home due to the negative attitude of parents towards them.

She, however, said that the street was not a place for anyone, especially children. She therefore called on all stakeholders to work towards the better upkeep of children.

The Minister designate for the Ministry of Gender, Children and Social Protection, Lariba Zuweira Abudu, gave an assurance that the government would continue to put measures in place to protect and promote children’s rights, including shielding them from harmful cultural practices.

She mentioned physical injury, contraction of HIV/AIDS and sexually transmitted diseases; reproductive health disorders, mental heath problems and psychological trauma as some of the dangers of living on the streets.