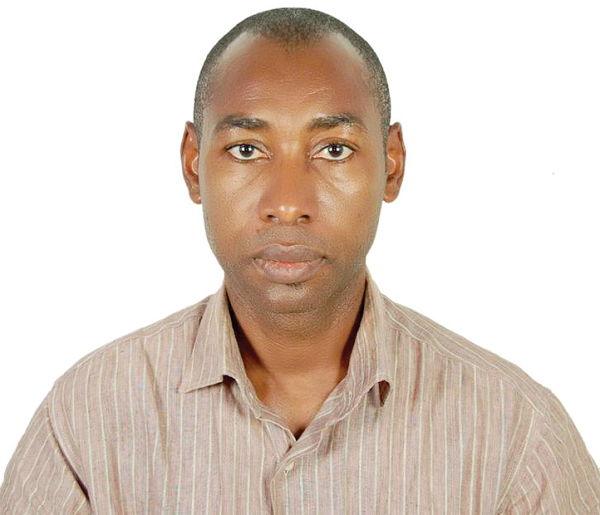 The businessman at the centre of a $1 million gold scam, Alhaji Siba Yahaya, is still in police custody for failing to meet a GH¢6.340 million bail condition for almost a month, forcing the court to reduce the terms of the bail to GHc 4 million.

He was to justify his bail with three sureties, two of which were to be public servants with landed property, half of which must be worth GH¢3 million.

The bail term was slapped on him by an Accra Circuit Court on September 22, 2021 and was rescheduled to appear before the court on October 17, 2021.

As at October 17, 2021, Yahaya, accused of defrauding some foreign investors in a more than $1 million gold scam, had been unable to secure his release from police custody.

The court, presided over by Mr Emmanuel Essandoh, was compelled to vary the bail condition by reviewing it downwards to GH¢4 million after the legal representatives of Yahaya had pleaded with the court.

Per the review, Yahaya is to justify his bail with three sureties, two of whom are to be public servants, earning not less than GH¢2,000 monthly.

The legal representatives of Yahaya, Mr George A. Asamani, indicated to the court that his client had a landed property, the value of which was GH¢4 million.

However, the Prosecuting Officer, Inspector Eric Pobee, prayed the court to grant the prosecution time to ascertain the genuineness of the documents covering the said property, the location and the value of the property.

The court granted the prayer of the prosecution.

The case has since been adjourned to November 1, 2021.

On September 13, 2021, the court issued a bench warrant after Yahaya had failed to appear before the court to which he had been summoned.

Yahaya later presented himself to the court which then rescinded the bench warrant.

Appearing before the court on Wednesday, September 22, 2021, Yahaya pleaded not guilty to charges of selling and buying minerals without licence, conspiracy to defraud by false pretences and defrauding by false pretences.

The court granted him bail in the sum of GH¢6.340 million.

Fact
Prosecuting, Inspector Eric Pobee, told the court that two investors from the United Kingdom and their business partners were introduced to Alhaji Yahaya in 2020 as a businessman who traded in gold.

The investors indicated their interest in buying gold bars from Yahaya and subsequently travelled to Ghana on Yahaya’s request who also demanded they met him in person for negotiation in respect of the transaction.

In February 2020, Yahaya and an accomplice, Samuel Asante, now at large, met the investors and showed them 20 kilogrammes of gold bars.

The foreign investors expressed their readiness to buy five kilogrammes of the gold, for which Yahaya and his accomplice demanded and collected $69,000 as initial part payment for the value of the gold.

After receipt of the money, they promised to export the gold to the foreign investors, who would take delivery of it in Dubai in the United Arab Emirates. They ended up exporting only one kilogramme of gold to the investors.

Yahaya explained that he could not export the appropriate quantity of gold because of delays in the documentation process by Customs officials at the Kotoka International Airport and promised to export the remaining quantity to the investors on December 3, 2020 but failed to do so.

He later requested for $130,000 being the outstanding payment for the four kilogrammes of gold and also took $70,000 from the investors to guarantee the export of the rest of the gold.

Yahaya also claimed the waybill to facilitate the export of the gold could not be accepted by the Precious Minerals Marketing Company as the quantity was too small, so he would add six additional kilogrammes of gold to bring the total to 10 kilogrammes for easy export.

On July 17, 2021, Yahaya told the investors he had been arrested by INTERPOL and officials of some security agencies and the gold bars had been confiscated.

To facilitate the release of the gold, he demanded various amounts of money and later indicated that the gold bars had been released to the Economic and Organised Crime Office (EOCO), who was demanding $300,000 before releasing the precious minerals to him.

As at the time of filing this story, Yahaya was in police custody as he was yet to meet the reviewed bail conditions.