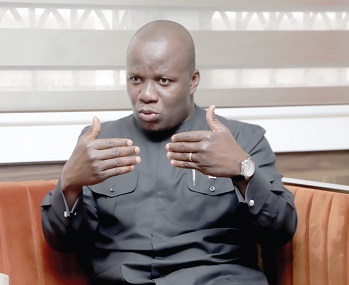 A three-member committee has been set up to investigate allegations of the sale of public lands to private persons in the Northern Region.

This follows allegations that public lands belonging to institutions such as the health, prisons and education services were being sold to private individuals.

Pending the said investigations, the Executive Secretary of the Lands Commission has been directed, pursuant to the previous policy directives, to halt the processing, registering and transfer of any interest in any public land in the Northern Region.

The three-member committee, chaired by the Technical Director of the ministry, Maxwell Adu-Nsafoah, will investigate the transfer of any interest in public lands in the region and other matters relating to such transfers from March 2021 till date.

A source document signed by the Minister of Lands and Natural Resources, Samuel Abu Jinapor, to the Executive Secretary of the Lands Commission, and copied to other key institutions, including the Public and Vested Lands Management Division and the Ghana Institution of Surveyors, said the committee had two weeks to present its report.

According to the document, chanced upon by the Daily Graphic, on August 17, 2021, the minister directed the Lands Commission and its regional offices to refer all transactions relating to the grant of any interest in public lands to the ministry for prior approval.

The letter indicated that the minister, who had not given approval for the grant of any public land in the region, had, therefore, set up the committee to ascertain the veracity or otherwise of the allegations.

The Executive Secretary is to ensure that no development takes place on any land affected by the said investigations until otherwise directed.

The ministry said it had taken notice of the practice whereby ministries, departments and agencies (MDAs), metropolitan, municipal and district assemblies (MMDAs), constitutional bodies and other public institutions entered into various transactions with lands allocated to them for purposes not related to their operations without approval of the minister.

“In accordance with the President’s directive, you are hereby directed to disregard and not register any grant of an interest in public land, or any public-private partnership entered into by a public institution with public land as the subject-matter, without my express written approval,” the letter said.