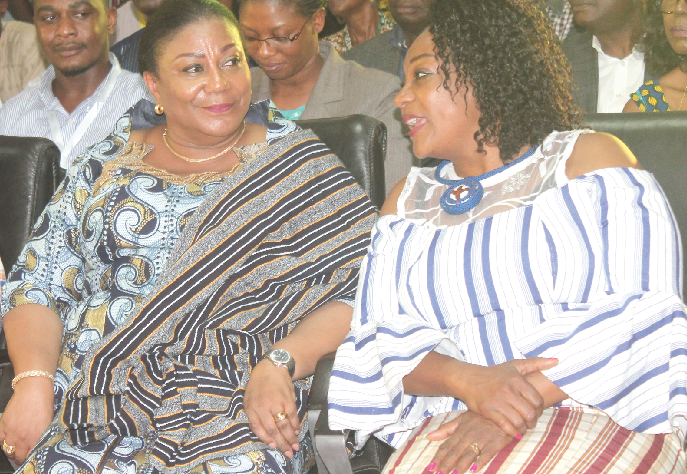 The Ministry of Gender, Children and Social Protection (MoGSP) organised a fashion exhibition last Friday for 400 young women who were trained by the ministry to display their locally made products.

Fashion models took turns to showcase products such as men and women’s clothing, bags, dresses and bracelets made by young women from the northern part of the country.

The training programme, which mainly focused on fashion, designing and creativity, was a collaboration between beneficiaries of the Livelihood Empowerment Against Poverty (LEAP), Young Women Christian Association (YWCA), some entrepreneurs and owners of small-scale businesses.

At the event dubbed “Experiencing the north”, the Minister of Gender, Children and Social Protection, Ms Otiko Afisa Djaba, stated that due to the high incidence of poverty, especially in the northern part of the country, most of the youth were unable to acquire formal education to the high level.

She added that the situation, which made the youth more vulnerable and disadvantaged in society, led to the decision to equip them with employable skills to promote indigenous businesses for national development.

The minister said the exhibition served as a platform to open up access to markets outside Ghana, share knowledge and skills and explore investment opportunities with local entrepreneurs and the international markets.

Some members from the Diaspora and Members of Parliament participated in the exhibition held in Accra as part of activities of the Diaspora Homecoming Summit 2017 to engage Ghanaians living abroad to transform the socio-economic development of the country.

In her keynote address, the First Lady, Mrs Rebecca Akufo-Addo, said the show was meant to build linkages and opportunities for designers from the northern part of the country to access international and local markets.

She urged members of the diaspora to support and patronise Ghanaian products, especially from northern Ghana.

“Wear them and encourage others to do so,” Mrs Akufo- Addo said and called for network and partnership with local manufacturers to promote economic empowerment of industrious young girls.

Mrs Akufo-Addo said statistics indicated that the Upper East, Upper West and Northern regions of the country had the worst incidence of poverty.

That, she explained, led to migration of youth, especially girls, from the northern to the southern sector to seek greener pastures, where they ended up as head porters, rape victims and prostitutes, among other social vices.

The First Lady, therefore, used the platform to commend the ministry and its collaborators for helping to equip industrious young women with skills to contribute their quota to national development.