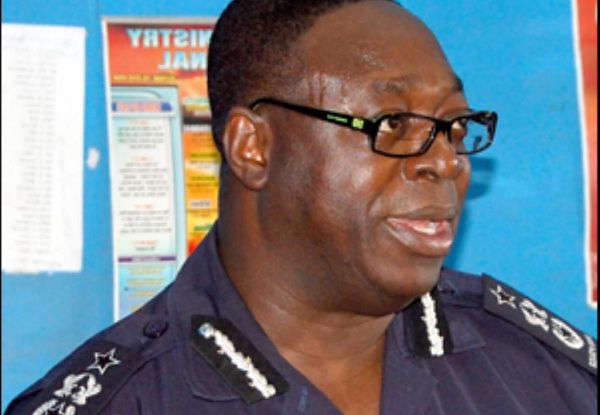 A former Inspector General of Police (IGP) Patrick Kwarteng Acheampong, has dismissed as ‘outrageous’ and ‘atrociously false’, claims that women do not deserve the IGP post in Ghana because they are incapable of taking tough decisions.

The motivation for that debate is unclear, safe for two recent publications attributed to two retired senior police officers, however the subject dominated social media discussions the whole of last week, with thousands arguing either for or against the claim.

But according to the former IGP, “Ghanaian women have held some of the highest positions in the land - Speaker of Parliament; Chief Justice; Cabinet Ministers; Vice - Chancellors of our Universities”, and wonders what is so peculiar or special or daunting about the position of IGP that makes women unqualified to hold.

“I had personally worked closely with 7 past IGPs before becoming an IGP myself. I found nothing in the requirements of the job that women cannot handle. I have also seen at first hand women like Retired Commissioner Mrs. Jane Donkor and Mrs. Gifty Anin-Botwe at work as Senior Police Managers and these were as firm, fair and decisive as any male officer I worked with.

“Apart from obvious 'misogynism & physiognomy' I cannot fathom any historical, sociological and contemporary logical reasoning for the atrociously false assertion that women cannot take tough decisions or cannot be IGPs in Ghana.

“Cressida Dick is a female Police Commissioner of the London Metropolitan (MET) Police, a force of about 50,000, the ninth largest Public Sector employer in the UK superintending over a population of 8 million. I studied the work of the Metropolitan Police as a student. As IGP I did a study tour of the MET and all the various dimensions/Units under the MET Commissioner, and I can boldly state that the onerous responsibilities of the MET Commissioner cannot be matched by the tasks of a Ghanaian IGP.”

DCOP Rtd Douglas Akrofi Asiedu, a trainer at the Ghana Police Training Academy is quoted to have said that Ghana is not ready for a female IGP as they generally lack commitment to the job relative to their male counterparts.

He explains however that if a woman was found qualified enough for the job, she should be handed it as other countries have appointed women to the post.

A more hardline stance is attributed to retired Commissioner of Police, Bright Oduro, himself a former head of the Criminal Investigations Department of the Ghana Police Service, who says the role of IGP comes with such responsibilities and extreme pressure that no woman in the current service has the required mettle for.