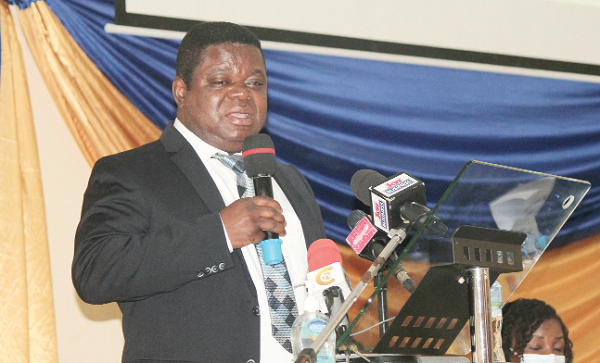 The Institute for Statistical, Social and Economic Research (ISSER) of the University of Ghana has called on the government to embark on aggressive domestic revenue mobilisation, implement the revised tax exemption law and reintroduce road tolls using the electronic pass system.

The economic and policy research institution also proposed a reduction in the size of government and a reshuffle of ministers as part of measures to help repose confidence in the economy.

The Director of ISSER, Professor Peter Quartey, who made the proposals at the launch of the State of the Ghanaian Economy Report in 2021 and review of the 2022 third quarter economic performance in Accra yesterday, said the proposed measures would help develop confidence in the economy, adding that the medium-term outlook of the economy still looked good, in spite of the challenges.

In the long term, he said, the economy required a structural change to build resilience against shocks.

“Ghana’s economy is facing some significant challenges, but they are not things that are not surmountable. If we are able to put in the right policies and structures, we should be able to get out of this situation within the shortest possible time,” Prof. Quartey said.


The ISSER Director noted that the world economy was undergoing significant challenges this year, including rising fuel, food and energy prices, with significant global uncertainties.

He said increased interest rate was affecting developing countries and for that reason called for prudent domestic policies to absolve countries such as Ghana from such significant shocks.

He said Ghana’s gross domestic product (GDP) growth rate after COVID-19 had been rising and there were significant expectations of recovery.

He explained that the country’s current woes had been due to the effects of the COVID-19, the financial sector clean up, the energy sector levy, the Russia-Ukraine war and excessive spending during the 2020 elections, including borrowing to finance capital expenditure.

However, Prof. Quartey indicated that the country seemed to have borrowed beyond its sustainable threshold, with no buffers to absorb major shocks.

He said foreign investment had not been flowing in to meet demand pressures, thereby putting an extra pressure on the exchange rate.

Prof. Quartey added that the high fiscal deficit and downgrade by the rating agencies had led to capital flight, while, on the domestic front, the lack of confidence in the local currency was worsening the exchange rate depreciation and high inflation.

He said there was the need for fiscal consolidation — raising revenue and reducing expenditure, including reducing the size of the government.

“The BoG should increase the supply of foreign exchange (forex) and clamp down the operations of the ‘black’ market. Also, we should put in measures to sanitise the forex market,” he added.

The Managing Director of the Agricultural Development Bank PLC (ADB), Dr John Kofi Mensah, in a speech read on his behalf as the guest speaker by the General Manager in charge of Business Banking at the ADB, Edward Ian-Armah Mensah, said the depreciation of the cedi had been driven largely by the loss of access to the Eurobond market.

Dr Mensah noted that efforts to mitigate the impact of exchange depreciation against the major currencies had included the recent disbursement of the $750 million Afrieximbank loan, the signing of the syndicated cocoa loan of $1.13 billion and the agreement with gold and oil companies to purchase the repatriated foreign exchange earnings of about $83.9 million.