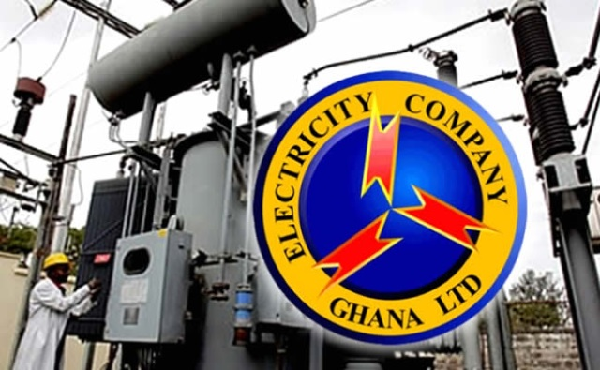 Workers of the Electricity Company of Ghana(ECG) in the Yilo Krobo and Lower Manya Krobo areas in the Eastern Region have withdrawn their services over safety concerns following threats of attacks and vandalism targeted at them and their offices by some irate residents.

To ensure that staff of the company are safe, management has, with immediate effect, decided to operate from the ECG offices in Juapong until further notice.

" Going forward, any fault intervention or any call to correct any anomaly in our system within the Yilo Krobo and Lower Manya Krobo communities will be available only under police escort."

The Managing Director of ECG, Mr Kwame Agyeman-Budu, who disclosed this to journalists in Tema on Monday, said management could not risk the lives of its staff working in the Yilo Krobo and Lower Manya Krobo areas.

He explained that the continuous threats against staff who engaged in their legitimate duty to collect debt owed the company in the Krobo District had heightened and that was clearly demonstrated recently when some irate youth directly issued a warning to ECG to vacate the towns.

The MD said the ECG had been very tolerant and extremely patient with customers of the Krobo district, and especially the United Krobo Foundation and customers within the Yilo Krobo and Lower Manya Krobo area.

According to him, the challenges ECG encountered between 2015 and 2016 were across all ECG operational areas when they were transferring customer data from the old CBIS to the new CMS software.

He said ECG took their time for years up until 2017 to organise help desk clinics, and took each affected customer in the Krobo district through the ECG billing system, reconciled and validated their bills.

“After the successful exercise, while some decided to pay their outstanding bills, this youth group (United Krobo Foundation and others) prevented customers from paying, giving all manner of dubious reasons as already stated.” He said

Mr Agyeman-Budu said this year, in order to bring a final resolution to the impasse, ECG decided to ring fence all their debts up to 2017, amounting to GH¢ 70 million, so that the residents could pay from 2018 up to date on their negotiated terms.

He said after numerous painstaking stakeholder engagements, when ECG thought the agreed roadmap had been accepted by all parties to end the misunderstanding, the youth groups demonstrated and threatened the life and property of ECG, to the extent that ECG, and for that matter their staff, could not undertake their legitimate business peacefully.

“It will be recalled that these same youth groups attacked our district office, our staff, a police station close to our office, including the burning of a police pickup vehicle.

This clearly demonstrates that their recent threats which were captured on all media platforms, including the direct warning to ECG to vacate their Kroboland, cannot be taken for granted.

The continuous emotional and psychological torture of our staff in the Krobo district cannot be allowed to go on in perpetuity,” he said.

Mr Agyeman-Budu said the doors of ECG were always open, adding that when reason prevailed and the management of Tema region were convinced that the environment was safe and harmonious for ECG to directly operate in these communities, management would not hesitate to give them their approval.