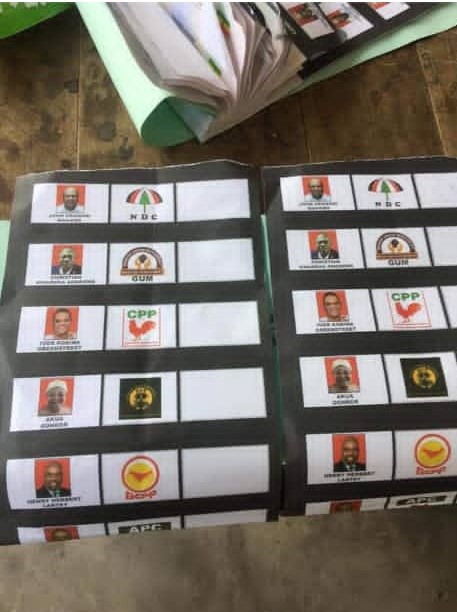 Photo shows an example of some of the presidential ballot papers which were allegedly tampered with. This was shared on social media after party agents spotted the behaviour of the polling officers
30.5k Shares

The Electoral Commission (EC) has confirmed that it has identified some of its officers who have been tampering with ballot papers in the ongoing 2020 elections in the Awutu Senya West and Bawku Central constituencies in the Central and Upper East regions respectively.

The EC says it has consequently removed those officers who were allegedly tampering with the Presidential ballot paper.

They were reportedly tearing the paper in a manner such that, the first candidate on the paper was not appearing on the ballot paper for the voter.

The EC has named the said officers as Mary Adatsi from the DAJHS, Twimine B110104A in the Awutu Senya West constituency and Ahmed Shafawu from the Alhaji Salam Grinding Mill Polling Station in the Bawku Central constituency.

In the case of Bawku Central, only one of such ballots was used, according to the EC.

However, with the case of Awutu Senya West, none of the ballots were used.

The incidents which the EC describes as "isolated" happened in the Awutu Senya West and Bawku Central constituencies in the Central and Upper East regions respectively.

"Information reaching the Commission indicates that there have been isolated cases of Presidential ballot papers being tampered with in some polling stations in Awutu Senya West and Bawku Central constituencies," the EC said in a statement posted on Twitter and circulated to media houses.

The EC said working with the police, it has identified the suspected officers and removed them from post pending further investigations.

“The general public is informed that the presidential ballot for the 2020 General Election has twelve (12) candidates. For a correctly thumb printed ballot to be considered valid and counted, all the Presidential candidates must be on the ballot paper.

"The Commission entreats all its staff and field officials to let the truth guide them and integrity preserve them as they continue with this important exercise. We also urge political party and candidate’s agents and general public to be vigilant to ensure a free, fair, credible and transparent election," the EC added. 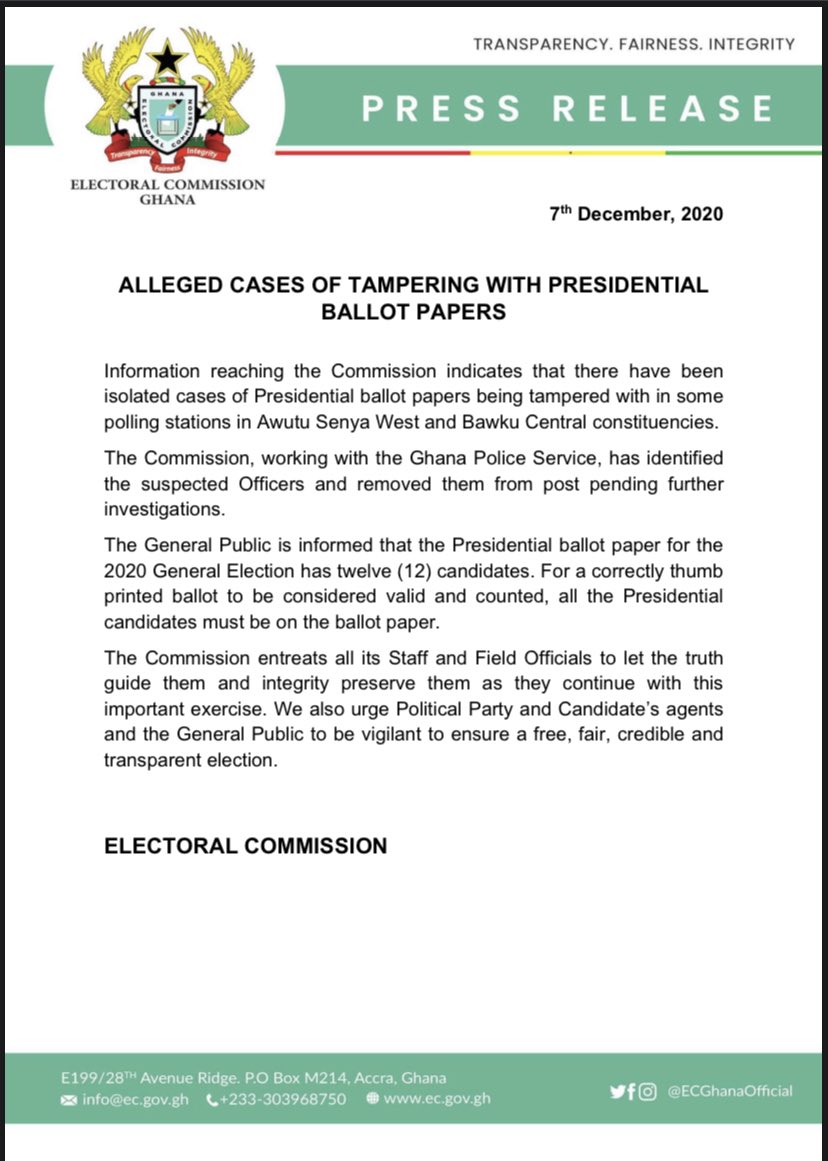