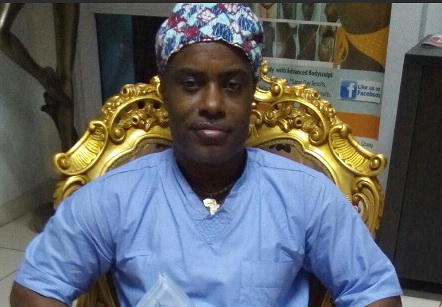 The Chief Executive Officer (CEO) of the Advanced Body Sculpt Centre, also known as the Obengfo Hospital, Dr Dominic Obeng- Andoh, aka Dr Obengfo, has, for the second time, been set free by the Accra Circuit Court.

Dr Obeng-Andoh was standing trial on charges of practising medicine without licence and operating an unlicensed medical facility.

He was acquitted and discharged last Tuesday after the court, presided over by Mr Emmanuel Essandoh, had upheld a submission of “no case” filed by lawyers for the accused.

Dr Obeng-Andoh’s legal team filed the submission of “no case” per Section 173 of the Criminal and other Offences (Procedure) Act, 1960, which gives a court the power to acquit an accused person if the prosecution fails to present a case sufficient enough for the accused to make a defence.

In his ruling, Mr Essandoh held that the prosecution failed to prove its case beyond reasonable doubt by presenting insufficient evidence and witnesses whose testimonies were riddled with inconsistencies.

He held that by failing to corroborate its case with ample evidence and proving it beyond reasonable doubt , the prosecution failed to convince the court about the veracity of the case.

Dr Obeng-Andoh had previously been discharged by the circuit court, presided over by Mrs Priscilla Dapaah Mireku, on January 23, 2019 on the basis of “want of prosecution”.

That meant the prosecution was not ready to prosecute him.

That followed failure by the prosecution to comply with several orders by the court to serve the accused or his legal team with its documents, in compliance with the rules of disclosure.

“The court indicated that if the prosecution failed to serve the legal team by January 7, 2019, the accused person would be discharged. Today is January 23, 2019 and the prosecution has still not complied with the orders of this honourable court and prays for more time,” it stated.

After Dr Obeng-Andoh had been discharged, the case was resurrected by the prosecution and filed before the court, presided over by Mr Essandoh.

Why Dr Obeng-Andoh was charged

According to the prosecution, in July 2015, investigations by the Medical and Dental Council (MDC) revealed that Dr Obeng-Andoh had failed to renew his annual registration to practise since 2013.

It said the MDC, after further investigations, reported the matter to the police, and on December 20, 2016, the police went to the Obengfo Hospital to arrest Dr Obeng-Andoh.

“The police met him in the process of performing certain medical procedures on someone. Further investigations revealed that Dr Obeng-Andoh also failed to license his health facility, as required by law,” the prosecution said.

Dr Obeng-Andoh is also before the Adjabeng District Court for the alleged murder of Ms Stacy Offei Darko, a Deputy Chief Executive Officer of the National Entrepreneurship Innovation Plan (NEIP).

Ms Darko died while on admission at the Obengfo Hospital on May 21, 2018, after undergoing surgery allegedly performed by Dr Obeng-Andoh.

The prosecution forwarded the case docket to the Attorney- General’s Department (A-G) for advice and the initial advice was for the investigators to ascertain certain facts for further advice.