The Bono East Regional Director of Health Service, Dr Fred Adomako-Boateng, who made this known, said the region had experienced a cumulative figure of 3,158 COVID-19 cases and total deaths of 76 since the outbreak.

He stated that the crude case fatality rate (CFR) of 2.4 per cent was, however, way above the national figure of 0.9 per cent.

That, according to Dr Adomako-Boateng, was also about seven times the figures of some populous but well-endowed regions.

He spoke to journalists after the mid-year performance review meeting of the Bono East Regional Health Directorate at Kintampo last Friday.

The mid-year performance review meeting was aimed at reflecting on the achievements of the directorate, deliberating and sharing ideas on how to address the gaps hampering quality health delivery in the region.

Dr Adomako-Boateng said Bono East was among the leading regions in the country to have vaccinated people, explaining that the directorate was not going to rest on its oars until it had achieved its ultimate aim of vaccinating all eligible persons. 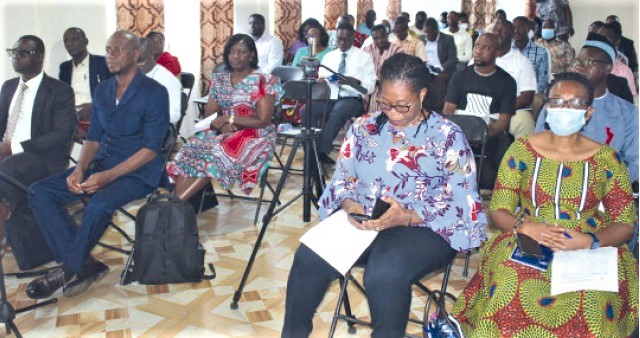 Dr Adomako-Boateng said that the institutional malaria under five case fatality rate increased from 0.20 in 2020 to 0.24 in 2021 and the malaria mortality rate worsened from 0.01 to 0.03.

He stated that the directorate was battling a high prevalence of maternal mortality, neonatal death and stillbirth in the region.

According to him, non-communicable diseases, hypertension and diabetes were also high in the region, threatening the lives of residents.

“Across the region, we have challenges in maternal and neonatal mortality and stillbirth and these are at the centre of the quality of service delivery,” he stated.

Dr Adomako-Boateng said the directorate had planned to move away from quantities and coverages to pay particular attention to the quality of service delivery to the public.

He said the directorate had the challenge of picking non-communicable diseases, hypertension and diabetes at the health facilities because people hesitated to come for screening, while they were not showing signs and symptoms.

However, he said the directorate was finding innovative ways of getting people to screen for the diseases, at their workplaces, market centres, churches and schools to help capture people with the diseases for treatment.