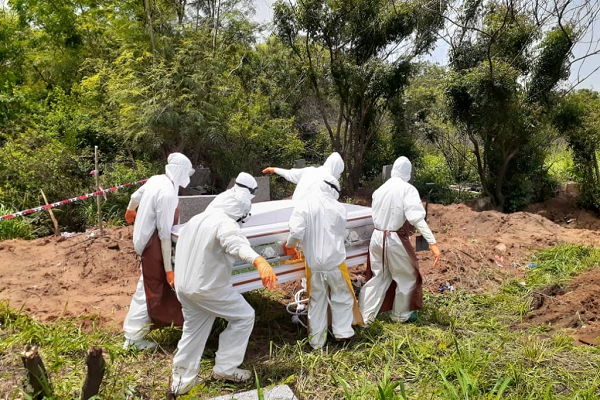 Nine more persons have succumbed to the Coronavirus (COVID-19) disease, increasing the death toll to 725 the Ghana Health Service (GHS) has revealed.

According to the GHS, the country has recorded a total of 89,682 cases of the virus since it confirmed its first two cases in March last year.

However, 306 more persons have recovered from the illness bringing the total recoveries and discharge to 85,761 with 35 persons in severe condition and 16 others in critical condition.

Out of the total confirmed cases, 57,194 were from Enhanced Contact Tracing, 31,193 from General Routine Surveillance and 1,295 from International travellers at the Kotoka International Airport (KIA).

Currently, all 16 regions have an active case.

The Greater Accra Region remains the hotspot having 1,664 active cases with a cumulative case count of 49,628.

Meanwhile, the Savannah Region has the lowest active cases of 17 infections and a cumulative case count of 114.

The Director of the GHS, Dr Kuma Aboagye while addressing a press briefing on Sunday afternoon [March 21, 2021] said Ghana was still pursuing additional vaccines as well as sustaining the public education on adherence to safety protocols and vaccine uptake.
"I'm sure we are all asking when the next vaccines are coming."

“So far Ghana needs about 42 million doses, that is if we are using only two dose vials for all, to vaccinate the 20 million people we have targeted to do by October [2021] and this include the anticipated wastage and that is why it is 42 million.

"So far we have 12 million plus from the COVAX facility which will cover about six million people covering 20 percent of the population."