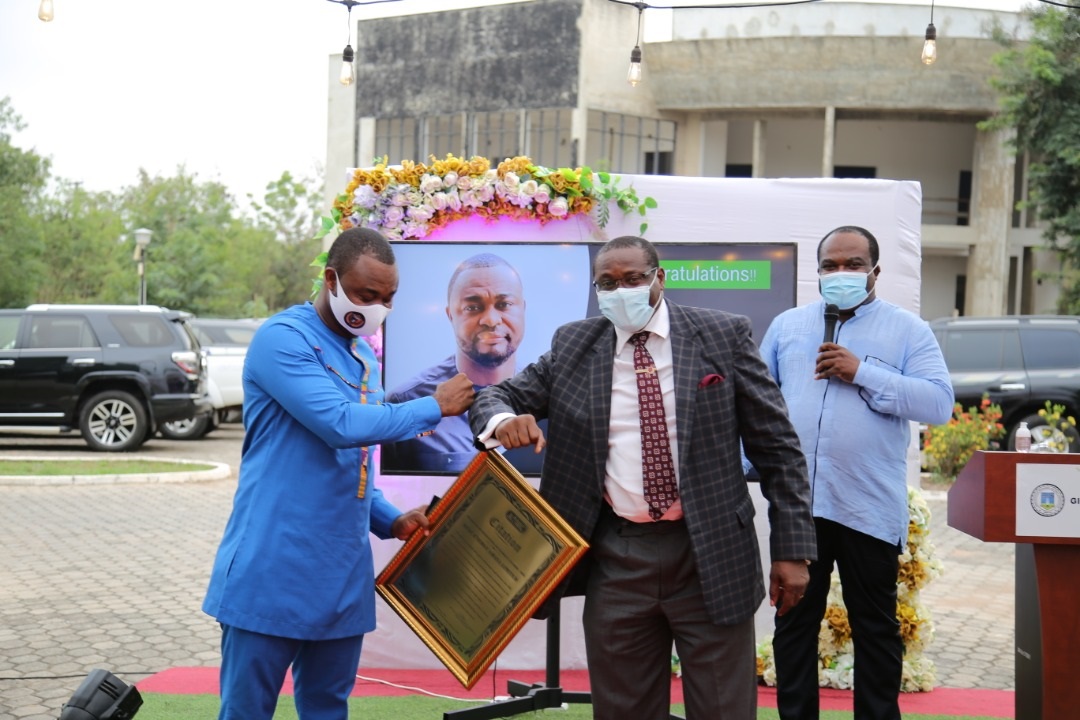 The Executive Chairman of Gulf Energy, Richard K. Atikpo has been honoured for his contributions to the Energy Sector in Ghana and his election as a member of the Council of State in Ghana.

He received a citation of honour from the Association of Oil Marketing Companies Executive Revellers meeting which took place last week at the Ghana Institute of Management and Public Administration.

The award was presented to him by the Rector of the GIMPA, Prof Philip Ebow Bondzie-Simpson.

His company, Gulf Energy Limited, a subsidiary of the Lemla Petroleum Limited was recognised as one of the top 10 petroleum industry leaders of 2020.

Receiving the award, Chairman Atikpo, who is also the owner of Legon Cities Football Club expressed appreciation for the honour done him and promised to bring his expertise to bare on the Energy Sector as an advisor to the President in an industry which has seen a massive growth over the last decade.

‘I am extremely humbled by this honour done me. This has surely come about by dint of hard work and the support of all of you. The industry is a very challenging and competitive one but I am confident that we can only get better with time as a leading player in the world in the not too distant future, he stressed.’

The newly elected Member of the Council of State representing the Oti Region is expected to bring his expertise to bare on the Oil sector as a Member of the August body that advises the President of the Republic.