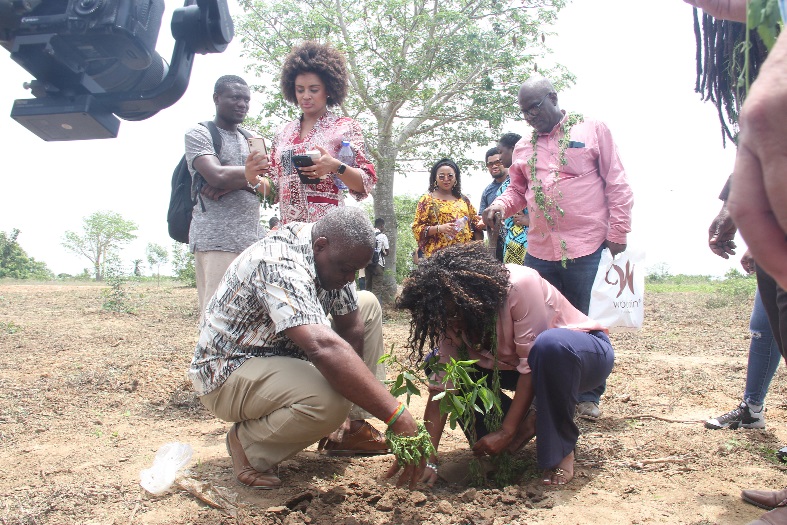 The Vice-President of Costa Rica, Epsy Campbell Barr, has advocated closer collaboration between tourism players in her country and those in Ghana to create a richer tourism experience that unites people of African descent.

She said as part of efforts to build the re-unification path of people of African descent and champion their cause, both countries needed to work together in the area of tourism to afford the current and the next generation of African descendants the opportunity to learn about their history and forge alliances into the future.

Ms Barr, who is the first Black female Vice-President of Costa Rica and Latin America, made the call when she visited the Nkyinkyim Museum in Ada last Saturday to learn about Africa's journey to liberation as part of activities to wind up her five-day visit to Ghana.

“People of African descent are working a lot to build a better future that recognises justice and development and understanding our African history through arts, anthem and music and soul of the people should be harnessed through a platform of partnership between the two countries,” she said.

The Vice-President was in the company of the reggae/dancehall musician, Rocky Dawuni, her husband and other dignitaries from Costa Rica.

The Founder and Creative Director of the Nkyinkyim Museum, Kwame Akoto-Bamfo, conducted the guests round some monuments of African civilisation and enslavement, as well as Ghanaian symbols and what they meant.

Describing her experience in Ghana as amazing and incredible, the Costa Rican Vice-President said it was great to be back “home”, adding: “People of African descent are one people and we must understand our history to build a better future.”

Ms Barr said while Costa Rica was blessed with environmental and wind tourism, Ghana, on the other hand, was endowed with cultural tourism and, therefore, the two countries needed to work together.

Mr Akoto-Bamfo, who seeks to use his work to tell the African story, fight racial injustice, empower the youth and promote African heritage, called on corporate institutions to support his work.

He said most of the artefacts at the museum were developed based on research, hence the need for corporate institutions to support the museum with funding.

He called on the government to extend electricity to the area where the museum was sited, which currently relied on solar power.