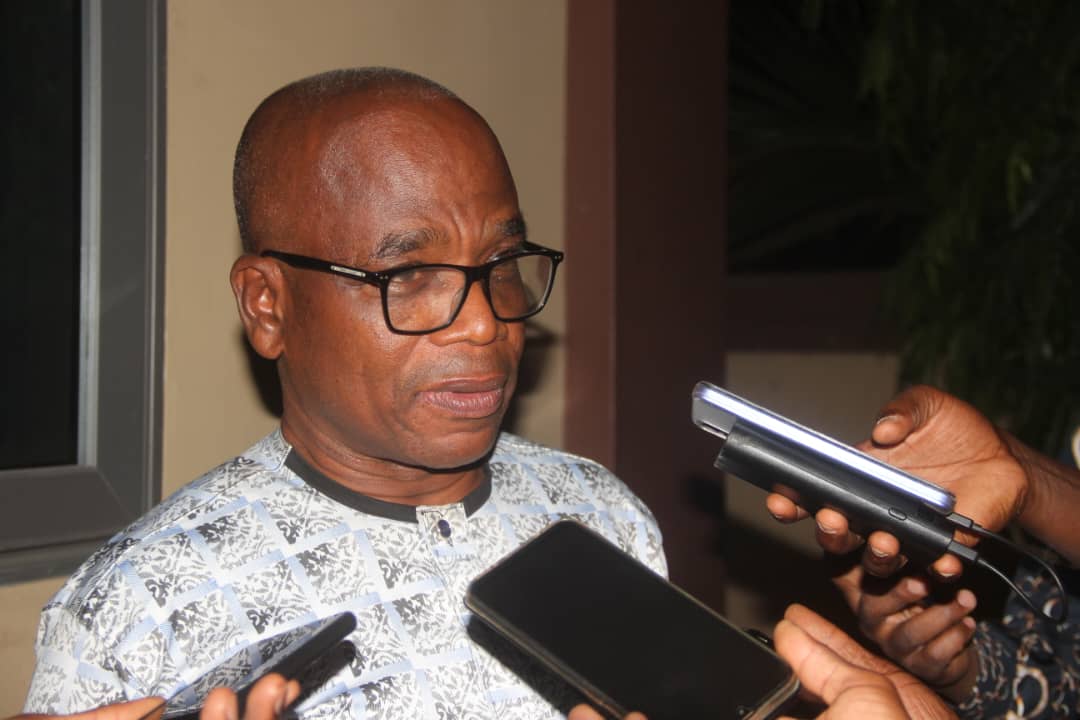 The Chairman of the National Media Commission (NMC), Yaw Boadu-Ayeboafoh, has called on the media to ensure that their reportage contributes to peace-building in Bawku and other conflict areas.

"I wish to urge the media to exercise discretion and caution while reporting on conflicts, particularly that in Bawku, to ensure peace, instead of escalating the problem," he said.

Mr Boadu-Ayeboafoh was interacting with a section of the media in Bolgatanga last Friday, in the company of the Executive Secretary of the NMC, George Sarpong.

The two were on a two-day official visit to the Upper East Region.

As part of the visit, the NMC team met the management of FM stations operating in Bawku to interact with them and ask them to contribute to ensuring peace in the area.

The NMC Chairman advised the media against publishing stories on the protracted Bawku conflict based on hearsay, as it would further exacerbate the crisis.

"I wish to urge the media to always get their information on the Bawku conflict right in order not to worsen the situation on the ground.

"You should not speak to one person in the unending Bawku conflict and then quickly rush to publish it, only for what you published to turn out later to be untrue," he said.

He said it was important for the media to talk to the feuding factions and other groups considered to be neutrals who did not want the conflict to continue to file balanced stories.

On the use of language, he appealed to the media to be circumspect and decorous in their choice of words, saying: "In a conflict situation, you should be extremely careful in order not to inadvertently use words that will make you choose sides."

Mr Boadu-Ayeboafoh further entreated the media in the region to work closely with the media advisory committee to sanitise the environment for their mutual benefit.

He stressed further that none of the media outlets could challenge the decisions of the NMC and urged the media to work with the advisory committee to serve the interest of the people better.

He explained that "there is no manliness in anyone of you by ignoring the sound advice of the advisory committee on certain infractions”, adding: "It is not every truth that has to be told, and that even if it has to be told, the manner of the telling can be the difference, thereby ensuring peace in society."

Mr Sarpong said what was worrying was the fact that every child in Bawku who was denied education or dropped out of school due to the conflict would be a liability not to himself or herself but the country as a whole.

"We should not think that the Bawku conflict does not concern us because it is far from us due to our location," he noted, arguing that "whatever is going on in Bawku today should be of great concern to all Ghanaians due to its ripple effects".

The Regional Media Advisory Committee Chairman, Robert Ajene, cautioned the media against publishing stories they had not thoroughly investigated, since it was a recipe for chaos in the society.

"I wish to appeal to you to ensure the highest level of circumspection in the discharge of your duties in order not to cause harm in the country,” he said.

He further urged the media to remain neutral and desist from taking sides in conflict situations, noting: "I wish to caution you not to allow conflict profiteers to use you as tools to destroy the peace in Bawku."

In a remark, the Upper East Regional Chairman of the Ghana Journalists Association, William Nlanjerbor Jalulah, appealed to the NMC to engage the Police Administration to reconsider its newly introduced centralised communication.

He said such a move would enable the media in the regions to have easy access to information on crime to avoid relying on hearsay.