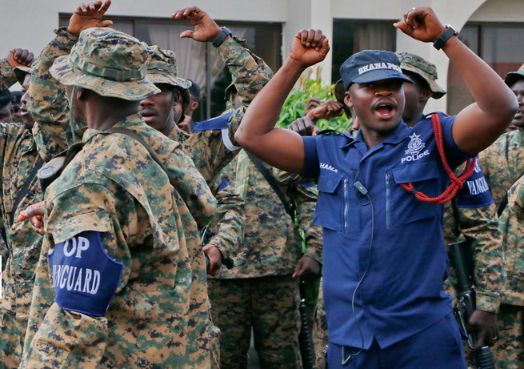 A four-member committee jointly established by the Ghana Police Service and the Ghana Armed Forces has been set up to investigate a row that ensued between some police officials and some military men at the Suame Police Station in Kumasi.

The committee whose work commences Tuesday, November 2, 2021, has one week to submit its report.

Last Friday, a young man in civilian clothing riding an unregistered motorbike was arrested by the Suame Police for investigation.

While the process was ongoing, it was found out that the gentleman was a military man with the 4th Battalion of Infantry in Kumasi.

The suspect allegedly called some of his colleagues who stormed the station fully armed to rescue him.

A misunderstanding ensued between the police officials and the military drawing a large crowd to gather at the Suame Police Station.

It took a while for the Ashanti regional police commander to intervene to restore order.

It called for calm among the public and assured all of fairness and decorum.