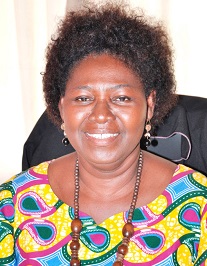 The Department of Social Welfare has trained 50 volunteer foster parents in the Volta Region to take care of vulnerable children.

This is to ensure that every vulnerable child grows in a sound family set up and gets emotionally attached to the family.

The Regional Director of the Department of Social Welfare,Stella Mawusi Mawutor, who made this known in an interview with the Daily Graphic in Ho last Wednesday, explained that care homes were institutional establishments which did not promote a bond of attachment between the child and a family.

She said such homes were not ideal for an effective social inclusion of children in their custody.

Mrs Mawutor said the trained foster parents would, therefore, provide an intimate family bond between them and the children, and support their social growth.

According to her, the newly trained foster parents included married couples and single parents with adequate resources to cater for more children.

Mrs Mawutor said six children had already been placed in the care of foster parents this year, adding that 30 more of such arrangement would be completed before the end of this year.

She said some of the children to be placed with foster families were from care homes, while others were identified by social workers as abused and abandoned children in communities.

Mrs Mawutor said officials of the department would constantly monitor the children and their foster parents in their homes to ensure that the children received the best of care in conducive environments.

She made it clear that the fostered children still belonged to their biological parents legally, because the arrangements were not adoptions.

“For that matter, the children cannot assume the surnames of their foster parents,” she explained.

Mrs Mawutor said the fostered children would live with their foster parents for at least three years until they attained the age of 18.

Meanwhile, 174 children in care institutions in the region have recently been reunited with their biological parents under the government’s Care Reform Initiative.

Mrs Mawutor said about 300 more children in care homes were set to reunite with the biological parents under the initiative.

“Some of the children have been in care homes for more than 10 years,” she said.

According to Mrs Mawutor, there are 13 children's homes in Ho, Hohoe, Kpando, Keta, Akatsi, Aflao and Aadzato South.

“We are now carrying out an inspection of the homes and we will close down those we find to be sub-standard,” she stated.