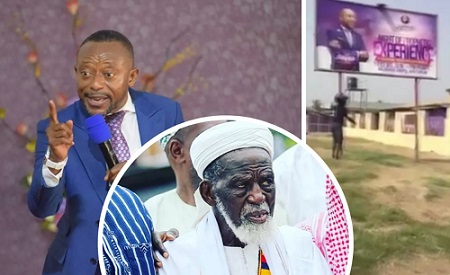 The office of the National Chief Imam has appealed to the Christian fraternity in Ghana, the Inspector General of Police (IGP), the National Security apparatus and other relevant institutions to call Reverend Isaac Owusu Bempah to order in the interest of national unity, peace and harmony.

This follows what the office described as disparaging remarks made by the founder of the Glorious Word Power Ministries International, Rev. Owusu Bempah against the person of the National Chief Imam, Sheikh Usman Nuhu Sharabutu.

The Office said in one of Rev. Owusu Bempah's remarks, he alleged that the Chief Imam and other leaders consult him to look into their destinies. The allegation was said to have been made on Saturday, December 31, 2022, during his church’s watch night service.

In a press release issued on Wednesday, January 4, 2023, the Chief Imam's Office said all of Rev. Bempah's claims "contain no iota of truth, but represent the figment of his own imagination".

"Undoubtedly, His Eminence is a champion of interfaith harmony and peaceful co-existence. But he does not seek protection and prosperity from charlatans on the pulpit. As a true icon of faith, His Eminence is guided by the divine words that Allah is sufficient for any person who relies on Him..." (Quran 65: 3)," the release said.

"We further observe, with dismay, the photograph that accompanies the irresponsible publications to give Rev. Owusu Bempa's fiction a semblance of veracity. It is significant to mention that this photograph was taken when Rev. Isaac Owusu Bempah came to apologize to His Eminence for the false prophecy that threatened national security about two years ago.

"Really, the photograph only shows how His Eminence tolerated and extended a hand of reconciliation to a provocateur. We, therefore, do not expect the photograph to be used as an instrument of further provocation against a personality of global repute".

The Chief Imam's Office also urged media houses and editors to refrain from irresponsible journalism which could threaten the peace and security in the country.

"Certainly, Yellow Journalism is no longer a choice in all civilized societies. Precision Journalism, Development Journalism, and Transformative Journalism are now the preferred models. In a world polarized by ideological radicalism and religious extremism, these models have become I contributors to the global efforts at finding solutions to the ills of contemporary society," the release said.

"We further appeal to the leaders of the Christian fraternity in Ghana, the Inspector-General of Police (IGP), the National Security apparatus, and any relevant institution to call Rev. Isaac Owusu Bemapah to order in the interest of national unity, peace, and harmony". 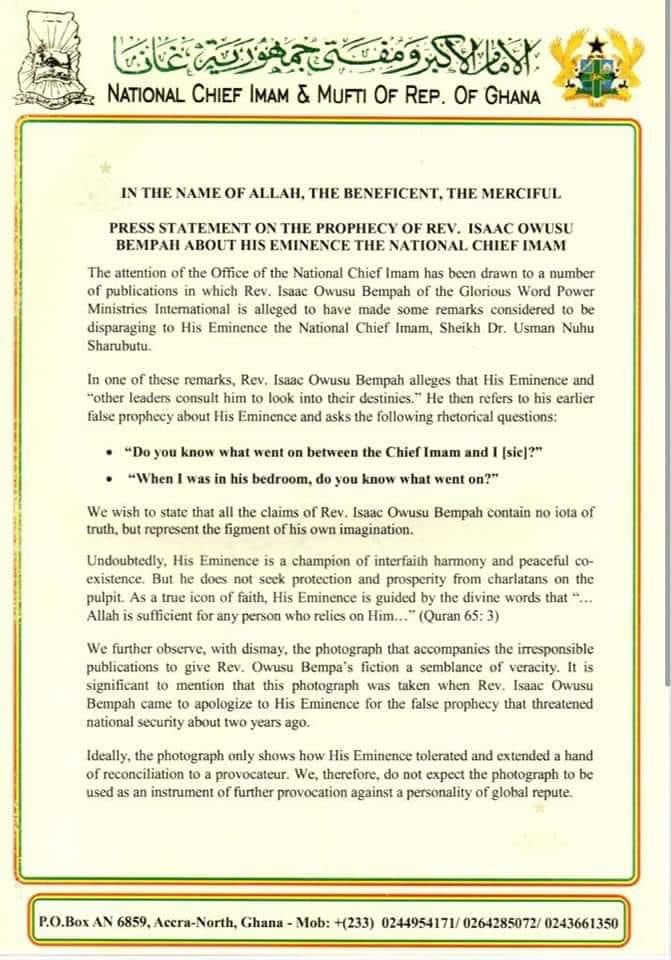 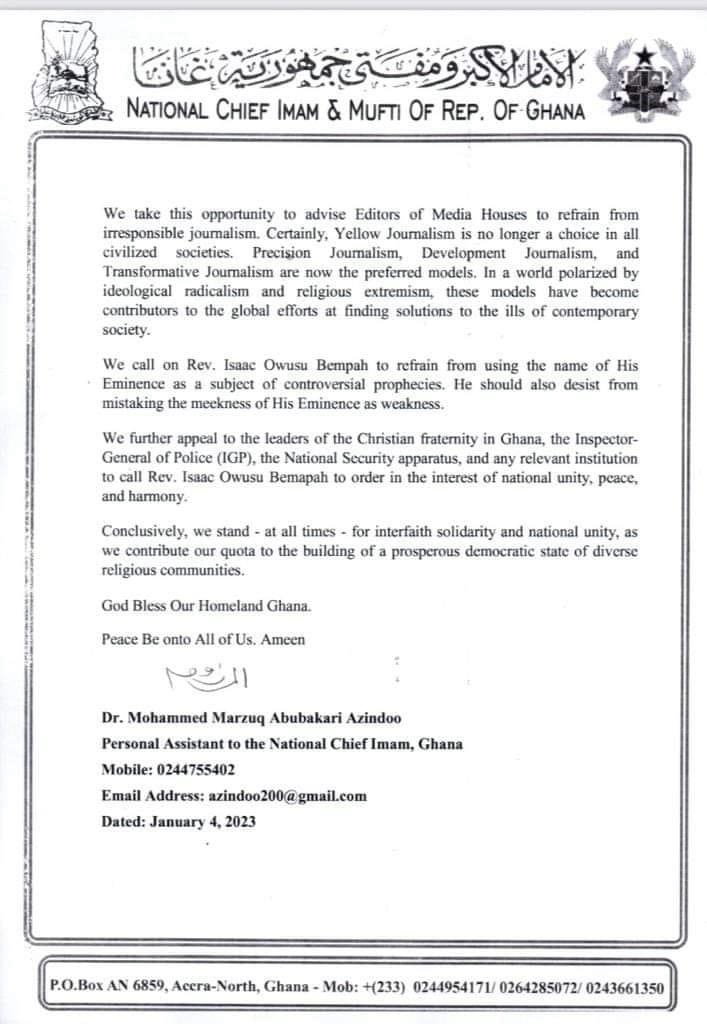