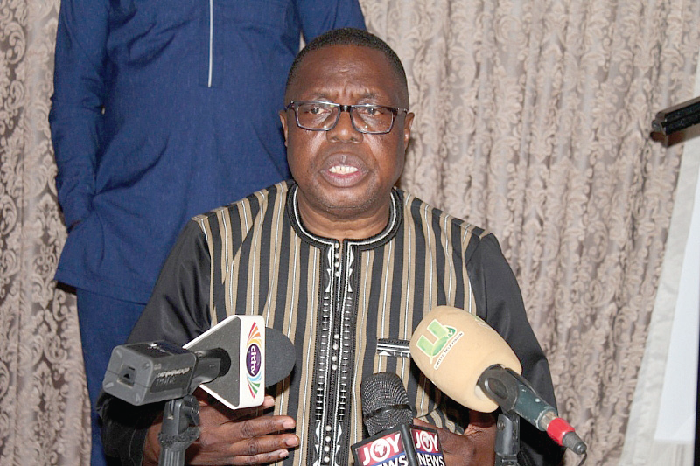 To him, the youth behind the attack were “hooligans” who had long planned to undertake a protest in the town over some grievances they had brought to his attention.

He said they only seized the opportunity over the reported death of the suspect to embark on that protest and attack the police station.

In the opinion of the Bono East Regional Minister, the action by the youth cannot be directly related to the death of an armed robbery suspect, Albert Donkor, while in police custody.

According to him, the youth had on a number of occasions indicated to him that they had some grievances and that he was in town to receive their petition for the Minister of Interior and National Security on Tuesday during which they ignored his presence and attacked the police station.

“What happened yesterday (Tuesday), I wouldn’t attribute it to the incident, that is the robbery incident in which Albert Donkor was involved. I will attribute it to hooliganism,” he stated in a radio interview with Accra-based Citi FM.

“At the time this happened, the traditional leaders and the Regional Security Council (REGSEC) were in a meeting in Nkoranza. Whilst waiting with the Omanhene, we got the hint that some angry mob had invaded the police station.”

Mr Adu-Gyan noted that at the time of the incident, the town was relatively calm because he had assured the youth that their grievances would be addressed.

He, therefore, expressed surprise at the sudden turn of events.

Meanwhile, a delegation from the Police, led by the Director of Police Administration, COP Christian Tetteh Yohuno, visited Nkoranza Wednesday.

Two persons have so far been arrested in connection with the attack that led to the death of one person and injury of five others.

Six suspects who were in police custody are said to have escaped during the melee.

A statement issued Wednesday by the Director General, Public Affairs, DCOP Kwesi Ofori, said efforts are being made to have the six suspects rearrested.