At the final funeral rites of the Tema Mantse

Hundreds of mourners were in Tema on Saturday for the final funeral rites of Nii Adjei Kraku II, the late Tema Mantse.

The late chief who was also the President of the Tema Traditional Council reigned from 1992 to 2020.

The funeral, steeped in the Ga culture reserved for chiefs was held at Nii Adjei Kraku II Sports Complex at Tema Manhean. 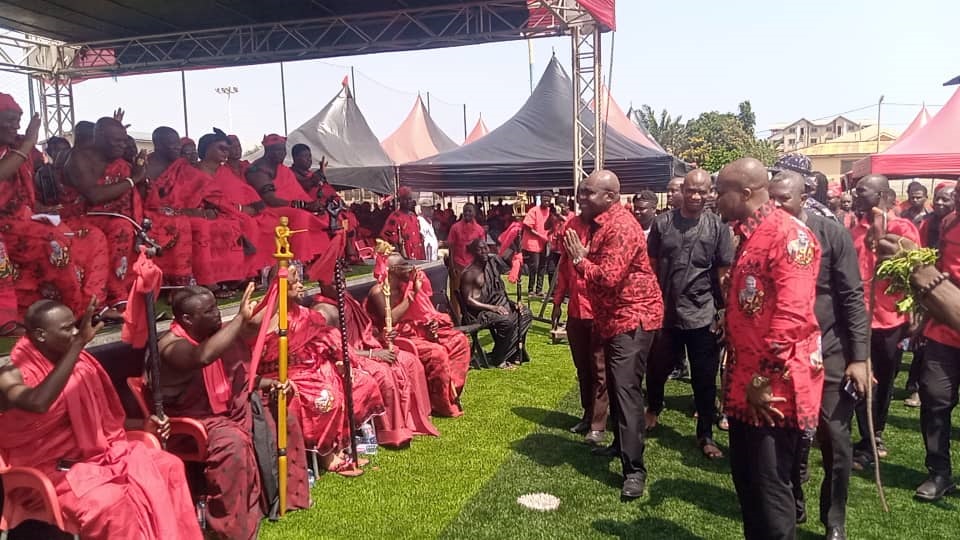 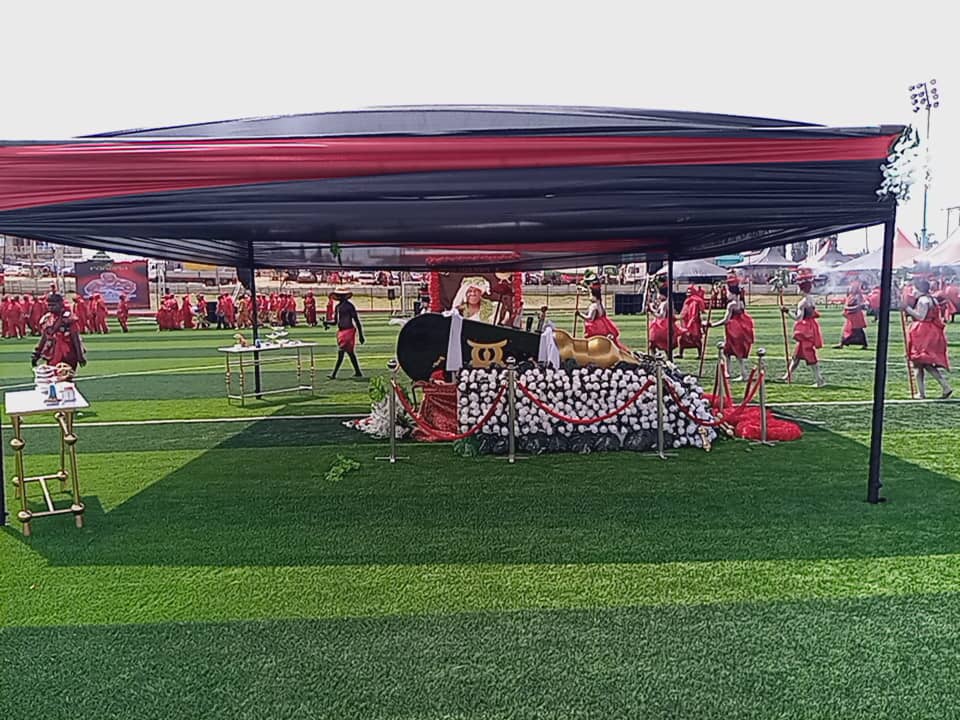 The biography of the late chief read by Nii Quarshie Dromo, said the Nii Adjei Kraku II's ascension to the Tema stool was thronged with series of litigations at the law courts.

After a protracted period of chieftaincy litigations, Nii's name was victoriously entered into the National Register of Chiefs, therefore, was inducted into the Greater Accra Regional House of Chiefs (GARHC) as a member in 2013.

He indicated that under the leadership of the late chief, the status of Tema was restored to a paramountcy, and the Tema Traditional Council was officially inaugurated by the Ministry of Chieftaincy and Traditional Affairs (as it was then called), with Nii as its President.

He said at the GARHC, Nii served on the Judicial and Standing committees as well as the Research and Legal Committees.

"Nii will forever be remembered as the Tema Mantse who introduced a major change in the traditional administrative set up of Tema, by expanding the number of Asafoatsemei and Asafoanyemei from the original eight clan houses to all the 22 clan houses of Tema."

According to him, the re-organisation exercise, the late chief undertook was informed by the growth of Tema from a small community to an industrialised cosmopolitan one, with varied challenges and complex heterogeneity of the populace.