Agenda 111 in Volta Region on course 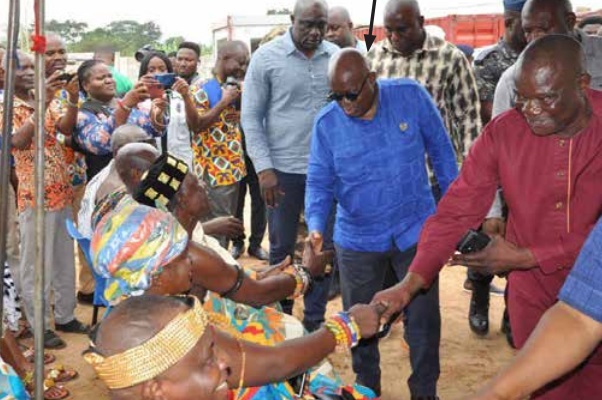 The Akatsi North District Hospital project under the ‘Agenda 111’ initiative at Ave-Dakpa, the district capital, is progressing steadily.

The $12-million project, which started on February 14, this year, is expected to be completed in June next year, with funding from the government.

The project is being executed by Global Management Construction Limited, the lead contactor, with JYC Pharmacy and Jalaio Limited as the other contractors.

When completed, the 60-bed hospital will have 32 blocks, including various wards, theatres, staff bungalows, a physiotherapy and other units, a morgue and every facility of a modern hospital, with a stand-by generator.

The President, Nana Addo Dankwa AkufoAddo, made a brief stopover at the project site last Tuesday, during his two-day duty tour of the Volta Region.

The Director of Global Management Construction Limited, Michel Gick, gave an assurance that the project would be completed according to schedule.

The Managing Partner of EON Engineering Solutions, the lead contractor, Dror Tahar, said the project, which started in February last year, was progressing smoothly and would be completed in February next year.

Other Agenda 111 projects are ongoing in Adaklu in the Ho West District, at Afadzato South, Agotime Ziope, and Anloga districts.

The district hospitals, with similar designs, are all expected to be completed before the end of next year.