Abantu bemoans lack of political will to pass affirmative bill 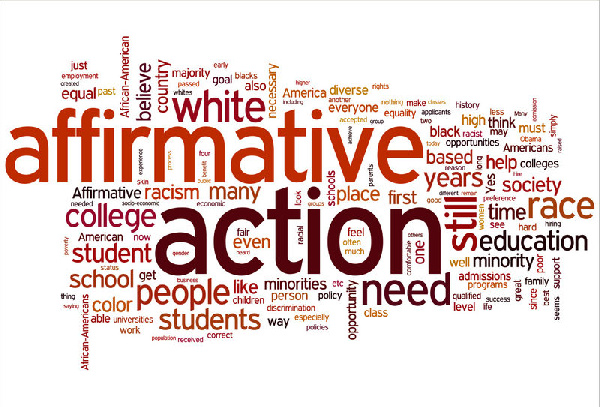 A civil society organisation, Abantu For Development, has expressed worry over the lack of political will from political leaders to pass the Affirmative Action (AA) bill into law to increase the representation of women and the marginalised, especially in areas of decision making, education and employment.

The bill, with 32 clauses to promote gender equity, especially in decision-making, which has been with Cabinet since 2018 according to the organisation, was gathering dust with no idea of when it would be passed for the implementation of its objectives.

One key issue in the bill is the demand for 40 per cent quota of women in governance and decision- making positions. This applies to the public service generally, the council of state, the independent constitutional bodies and boards of state institutions. Thus, each public sector institution is to have a gender equality policy.

A member of the Governing Board of the National Peace Council, Magdalene Kannae at an advocacy engagement with policy makers to call for the immediate passage of the bill, said it was unfortunate that 11 years down the line, since Ghana, through the Ministry of Gender, Children and Social Protection put in motion the process towards the passage of the bill, it had not received the needed attention.

“We have worked for long but the bill is still with cabinet and we are following but this is a clear case of lack of political will to pass this bill’’, she said.

Mrs Kannae said past and current governments promised to pass the bill but till date, there had been no show.

“The current government promised but we are in the second year and still no action,” she said.

Ghana, she said, was counted as a success story with an enviable recent history of relative political stability but had failed to achieve an environment for equal political engagement between women and men for genuine consensus-building.

The country’s leaders, she said, had been signing all the international laws concerning gender equality but did little when they returned to the country in terms of implementation.

Mrs Kannae said it was critical for the country to have an affirmative action law in place before the district assembly and general elections were held in 2023 and 2024 respectively to prevent worsening the already existing low representation of women and deter young women from aspire to leadership positions.

She said inspite of the numerical strength, Ghanaian women were still confronted by limited options and formidable barriers with huge gaps in the number of women able to access public leadership.

Mrs Kannae said one key challenge had been the opposition by parliamentary groups that feared that the quest for increased women’s representation might cause sitting parliamentarians to cede their seats to other women.

Parliament and district assemblies, she noted, had become platforms of gender exclusion against the desire to institutionalise good governance for sustainable development.