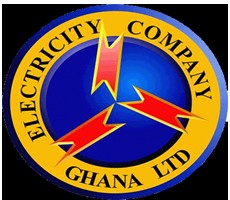 The Electricity Company of Ghana (ECG) has explained that the publication of its April load-shedding timetable in the newspapers was not  intended to contradict the announcement made by President John Mahama that load shedding during off-peak period was over.

In an interview with the Daily Graphic, a Senior Public Relations Officer of the ECG, Mr William Boateng, explained that the company had sent the load-shedding schedule for April to the media houses long before the President made the announcement during the National Prayer and

Thanksgiving Service at the Independence Square in Accra on Sunday, April 7.

Speaking at the service, President Mahama announced that off-peak load shedding in the country had ended, while the entire load shedding would end by the end of April.

The Daily Graphic had, on Tuesday, April 9, 2013, carried an advertisement by the ECG outlining the timetable of its load shedding for April.

Mr Boateng said the ECG had, before the thanksgiving service, sent its timetable for publication in the newspaper for Monday and that when the

President made his announcement it was too late for the management of the company to stop the publication.

“It was not intended to sabotage the government because we had no knowledge of the new development and what the President was going to say at the service,” he said.

Mr Boateng said the ECG, as a government institution, had no motive to work against the government.