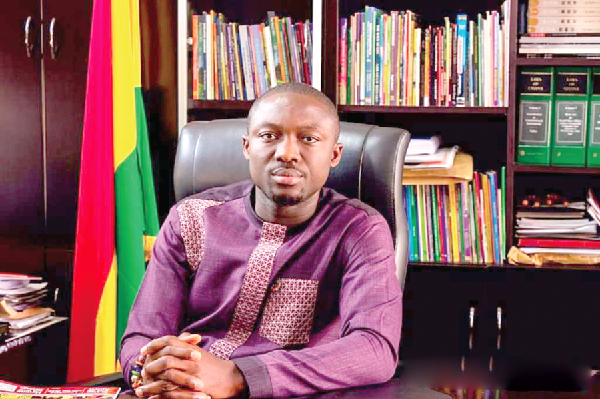 The Ghana Library Authority (GhLA) has launched an inter-school scrabble competition to promote learning through games.

The scrabble competition, which is the first of its kind to be introduced by the GhLA, aims at enabling students to develop their cognitive capabilities as they learn the accurate spelling and the meaning of a vast range of words while playing the game.

The Founder of Eden Hobby, developer of the game, Fulera Pegyin Abayaa, highlighted the need for students to participate in the competition because of its ability to improve social integration in an era where there was a dwindled rate of physical interaction among people.

“In this day and age where technology has reduced physical connection, engaging in this exciting board game will encourage social cooperation and bonding”, she emphasised.

Madam Abayaa further pointed out the significance of the game of scrabble, stressing that participants could learn the skill of conflict resolution due to its competitive nature and the numerous tense moments that came with it.

She added that participating students would develop, “this positive habit from their observation on how the management of this competition will handle tension if any should come up.”

Madam Abayaa, speaking at the launch, which was held at the Accra Central Library, insisted that it would be expedient for libraries to make technological mediums available to underprivileged students so they could also explore the benefits associated with games such as those.

She underscored the need for the initiative by the GhLA to be sustained as it would ignite the passion of students and would cause them to “explore different paths and provide opportunities to develop literacies that were otherwise not accessible.”

Madam Abayaa further urged the GhLA to introduce a scrabble application that would allow students to sign up and compete among themselves digitally for accumulated points that could be redeemed as prizes for their respective schools.

The head of the School and College Libraries Department of the GhLA, Sampson Osenda told participants that the rapid rate of advancement of technology across the globe had made life on earth a complex endeavour.

“Thus it has become crucial to embrace the numerous opportunities that can be derived from learning through scientific methods.

“These new scientific methods of learning, which have been developed, are what he called “Blended Learning”

“It focuses on the linkage of a student’s interests and abilities in a particular hobby or pastime, to the general study of an assigned curriculum, often, in a classroom or lecture halls”, he added.

The Greater Accra Regional Director for the GhLA, Edward Addo-Yobo, expressed excitement at the maiden edition of the competition.

He expressed the hope that the competition would gain enormous attention from the general public and would generate a lot of interest among people.

Balloting was conducted after the launch and the participating schools were grouped.

Each group was then paired and would compete among one another beginning from today, October 3 through to December 6, where the finalist would battle for the top spot.