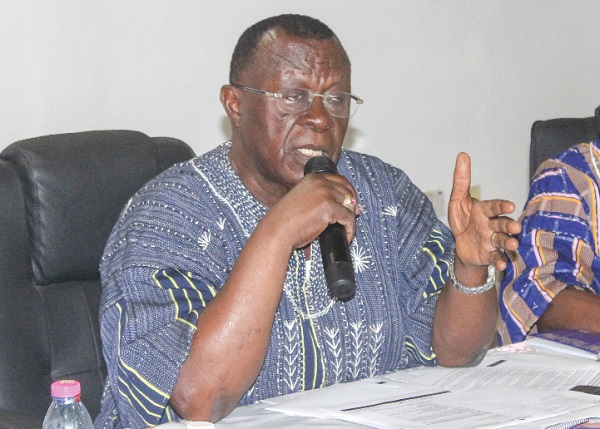 The owners, founders and chancellors of private universities in the country have agreed to form an association to champion their cause.

The decision was arrived during their maiden meeting held at the Wisconsin International University College (WIUC) in Accra yesterday.

Briefing journalists after the meeting, the Chancellor of WIUC, Rev. Dr Paul Fynn, said they (owners) had been having challenges as far as private universities were concerned.

He said it was in view of that and other things that the association was being formed.

For instance, he said, vice-chancellors and other workers of private universities approached the government, Parliament and the Ghana Tertiary Education Commission (GTEC) to put their grievances across any time they had issues.

Most often, Dr Fynn said, such persons went to those bodies without the knowledge of the owners of the institutions.

Meanwhile, he said, it was the owners that provided the funding and infrastructure, among other things, to run the institutions.

"So we decided that the owners and also the chancellors would meet and form an association," he said.

Rev. Dr Fynn added that it was also imperative that the association was formed so that the members too could speak to the government, Parliament and the GTEC directly as well.

Dr Fynn said the silver lining was that all the members had agreed that the association be formed.

The name, logo and constitution of the association, he said, would be discussed on January 27, this year and then after that officers would be elected to lead it.

He expressed the hope that other owners would come on board as time progressed.

It said the meeting discussed generally some of the major concerns and challenges confronting private tertiary institutions and the desire to influence positively the formulation and implementation of government policies concerning the provision of tertiary education in the country.

In recent times, private tertiary institutions in the country have faced serious challenges, thereby threatening the survival of some of them.

Many of the institutions are overwhelmed by stifling capital, staff, and the administrative and overhead cost of singlehandedly running their institutions.

A number of universities are indebted to banks, contractors, and staff as their revenues hardly meet their expenses.

There is also the issue of competition from mentoring institutions who have resorted to the creation of satellite campuses, including the use of second-cycle school facilities, to run courses.