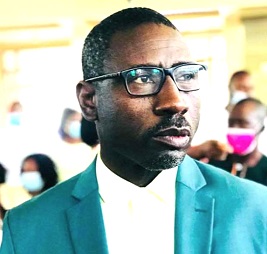 Challenging Heights Ghana, a not-for-profit organisation, has called on the government to put in place sustainable financial frameworks that will generate funds to support the management and administration of basic schools amidst the persistent unreliable inflow of the capitation grant.

This action comes after the organisation called for the release of an estimated GH¢300 million outstanding arrears to be paid to all public basic schools ahead of its reopening in September this year.

According to the organisation, that would help mitigate the frustrations faced currently by heads of basic schools across the country.

In a statement released by the organisation, its president, James Kofi Annan, stated that the delay in releasing funds had forced heads of some basic schools to levy parents to help run their schools.

It added that some head teachers were requesting their district directors to relieve them of their positions to ordinary teachers owing to the perennial financial constraints and frustrations they went through because of the undue delay in the release of the grant.

The Capitation Grant was introduced in the 2003/2004 academic year to offer the Free Compulsory Universal Basic Education (FCUBE) for all children of school age in the country in fulfilment of Article 25 (1)(a) of Ghana’s 1992 Constitution.

The above article states that: “Basic education shall be free, compulsory and available to all”.

“Given the directive by the Ghana Education Service to head teachers not to levy and or pre-finance activities under their supervision, we will in addition wish to advocate that the financial framework of the grant should be given a second look”, the statement added.

The scheme was introduced to replace all fees paid by parents in public basic schools in order to expand access and support school performance improvement efforts by the schools.

Currently, the government pays GH¢10 per child per term. However, the delay in releasing the funds is essentially eroding its intended benefits to Ghana’s educational system.

A report by Challenging Heights in June 2022 indicated that over 60 per cent of children living along the Lake Volta were in engaged child labour.

Child labour is one of the problems the Capitation Grant is meant to address.