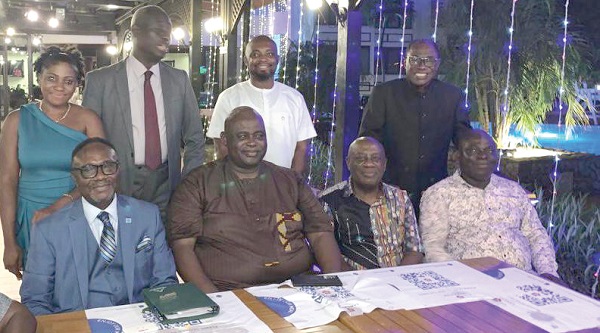 Odeneho K. K. Kyeremanteng (2nd from left), President of the Konongo Odumase Old Students Association, with some members of the Board of Trustees of the endowment fund after their inauguration
30.5k Shares

The President of the Old Students Association of the Konongo Odumase Senior High School (Anuanom), Nana Odeneho Kweku Kyeremanteng, is rallying support for its endowment fund.

He said in the face of the country’s economic challenges, it had become paramount for the school to have a reliable source of capital which would support academic and infrastructural developments in the school.

In an interview with the Daily Graphic on a plan to raise $5million for the fund to help improve upon facilities in the school, Odeneho Kyeremanteng said after 70 years of producing quality education and raising people who had gone on to play significant roles in the nation’s development, it was time the school was also given a befitting facelift.

“People may think the $5 million is an audacious amount, but we say it is realistic because it is possible to raise the money and I’m calling on all Anuanom (as old students of KOSS are called) as well as friends to help raise the money to support the school,” he said.

The President of the KOSS old students association said this year, the focus would be to get the various year groups to be better organised as they would play a key role in the efforts to galvanise contributions into the fund.

“The school will be celebrating its 70th anniversary this year and as part of the celebrations, we will have to get to the various year groups to be better organised to serve as the base for both the celebrations and galvanise contributions into the Fund,” Odeneho Kyeremanteng explained.

He said that already, a 17-member Board of Trustees had been inaugurated to spearhead the management of the fund and to mobilise resources into it.

Dubbed, “Koss Endowment Fund”, it will be used to support the school through the acquisition of teaching and learning materials to enhance the academic performance of the students.

It will also be used to support brilliant financially challenged students who want to pursue programmes in the school.

The Chairman of the Board of Trustees, Reverend Sampson Kwaku Baofo, said the board would work closely with the 70th anniversary planning committee to come up with activities to raise funds and ultimately meet the set target of $5 million.

He said it would be a collective effort and since it was going to be a revolving fund, the board would ensure that they put in place the structures for the fund to meet its objective.

“We are here to work as a team for the benefit of our great school so there is no room for individualism.

“Our goal is to raise $5 million and that is what we will do,” he said.