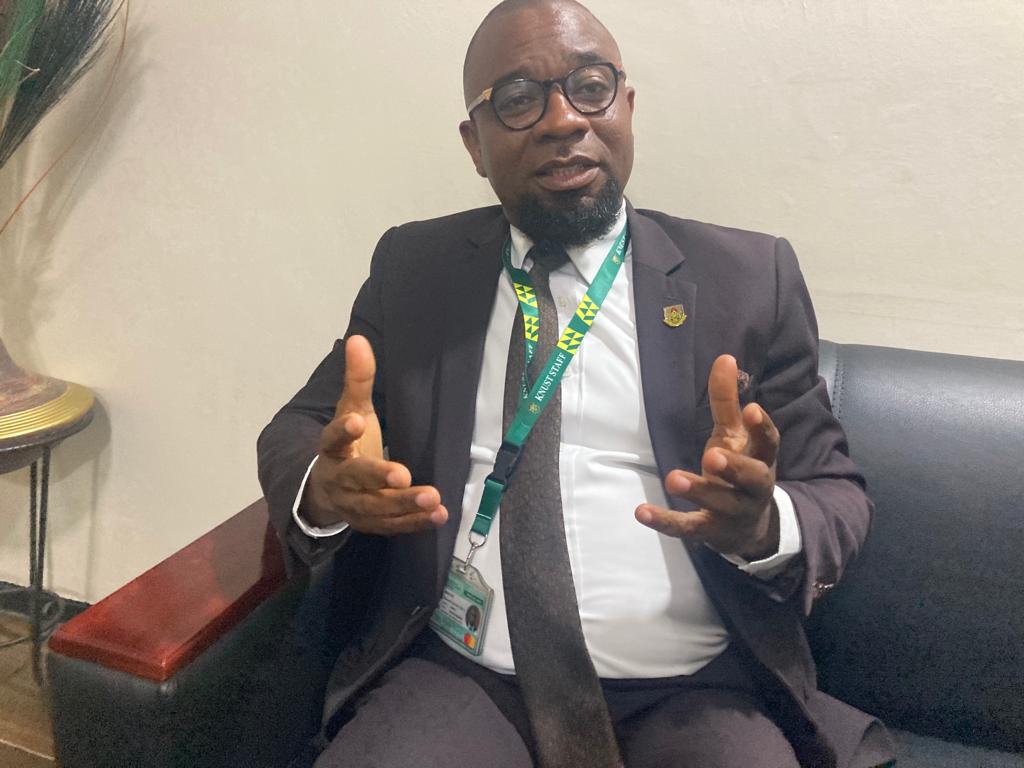 About 3,550 out of the over 6,000 students of the Kwame Nkrumah University of Science and Technology (KNUST) whose programmes of study were deferred for the non-payment of fees have had their status restored.

This followed a window of opportunity offered by the management of the university to the affected students to pay the fees and have their status reinstituted.

The University Relations Officer (URO), Dr Daniel Norris Bekoe, told Graphic Online in Kumasi Thursday that about 600 Ghanaian students and 750 foreign students made personal payments, while the Dean of Students Scholarship Scheme catered for some 2,200 students.

The window of opportunity was the result of a swift intervention by the Students Representative Council (SRC) of the university and other stakeholders, which got the authorities agreeing that the affected students who could pay their fees would have their deferment reverted.

According to Dr Bekoe, the university has instituted an automated system that monitored students; fee paying, saying any student who refused to pay would be automatically taken out.

He appealed to the students to meet their obligations in order for the university to accrue enough internally generated funds to augment the government’s support to run the university.

The SRC’s intervention was contained in a statement it issued on April 20, 2022, which stated: “The SRC has, within the last 24 hours, been on its toes to address major issues in relation to students who were unable to meet the university's 70 per cent payment plan and have received messages of deferral.”

Signed by Kenneth Kelly Dwamena, the Public Relations Officer of the SRC, the statement said through engagements and advocacy, the SRC was able to ensure that any student who was able to pay his or her fees would have his or her deferment reverted.

Consequently, the students were asked to take advantage of the opportunity and try to settle their outstanding arrears.

The statement said a help desk had been set up at the Office of the Dean of Students to address students’ concerns.

The SRC said it remained steadfast and committed to applying all the necessary means to address issues.

The SRC intervention came as the Minister of Education, Dr Yaw Osei Adutwum, prepared to meet the university authorities in Kumasi today in a bid to find a solution to the matter, reports Severious Kale-Dery.

Speaking with the Daily Graphic yesterday, the minister, who described the number of students affected by the deferment as "a bit too many, said: “I am going to KNUST to meet with the management of the university to see the way forward.”

He expressed concern over the development and said as part of his mission, he would find new ways of ensuring that such a situation did not happen again.

Giving further details, the Education Minister said the best practice in the world was that "you take a students’ loan and it is paid on your behalf to the university".

"So it should not be the situation that they take students' loan to do business," he insisted.

Dr Adutwum directed that henceforth, all students' loans must be paid directly to the schools and not to the students.

"The money should not be paid to the students. It should go to the school because most of those students have taken the loan but decided to use it for something else," he said.

He further stressed the need for a change in policy for the payment of the students' loans to beneficiaries to curb the situation where students took the loans and were still owing fees.

Again, he suggested that the universities make the payment of fees easier by making arrangements for parents to pay directly, instead of the current situation where busy parents were compelled to give physical cash to their children.

In a related development, the Students Loan Trust Fund (SLTF) has revealed that 683 beneficiaries of the fund were among the 6,000 continuing students who deferred their programmes of study, writes Emmanuel Bonney.

However, the Chief Executive Officer (CEO) of the SLTF, Nana Kwaku Agyei Yeboah, explained that the fund had paid GH¢831,525 against the current semester.

In addition, he said, his outfit was processing the applications of 1,457 others, who would soon be paid.

Speaking with the Daily Graphic yesterday, Nana Yeboah attributed the delay in the payment of loans to the 1,457 applicants to the time Parliament took to pass the bill to convert from the guarantor system to the no guarantor system.

“Now that Parliament has passed the bill, we are going to pay them. So it is not true that the 6,000 students could not access their loans because of the trust fund,” he explained, adding that “a lot of them are not even on our portfolio”.

Nana Yeboah said the Minister of Education was working to find ways for students who were not benefitting from the SLTF to be brought on board.