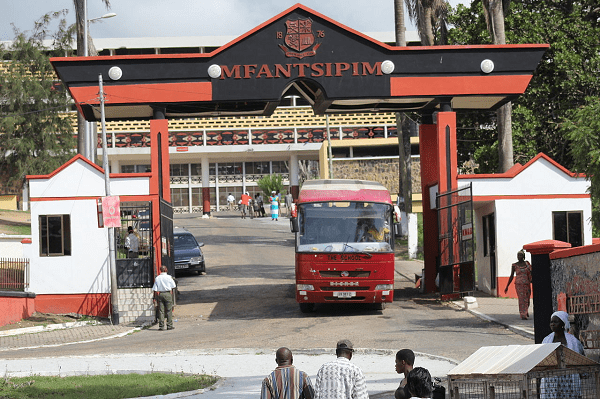 The competition was organised for the final year students of the school.

The Essay Competition was instituted by RexDanquah Legacy Trust for Mfantsipim School students to write a not more than 1,200 words about the person in whose name his dormitory in the School is named after.

The essay  considered the person’s life history, taking into account  his character traits, vision, exploits, lifestyle, contributions to Mfantsipim School, achievements, and experience amongst others and relate them to the student’s own life as an individual and their life’s lessons; and how these have impacted or shaped the student’s life at the School and thereafter.

The fourteen (14) men for whom the dormitories have been named after are: Balmer, Acquaah,  Lockhart, Schweitzer, Freeman, Aggrey, Sarbah, Picot, Bartels, Sneath, Pickard, Parker, Abruwuah and Monney.

‘The House of Mfantsipim’ is akin to the Biblical “House of Jacob” as the great Patriarch called his sons to tell them what will happen to them and their descendants in the days to come; so by each dormitory or house name, each ‘Mfantsipim Student’ or ‘Old Boy’ is bestowed with such gifts, talents, destinies and future as deserving according to the exploits of that person.

The eligibility criteria for ‘The House of Mfantsipim’ essay competition are the person must be a student of Mfantsipim School, be resident in or affiliated to one of the named dormitories and be able to write the essay without the use of ‘pidgin’ English; whilst selection criteria for winning submissions shall be based on originality, creativity. Boldness and clarity.

‘There were several other submissions from all the fourteen (14) houses, which did not make the dormitory stage nor the rankings to qualify for the final School stage”, Mr. Paul Rex Danquah confirmed.

Mr. Paul Rex Danquah added that those winners who have passed out will be contacted for the Trust to reward them with their prizes.

The President of the RexDanquah Legacy Trust intimated that the second edition of Essay Competition as well as a special essay opened to both students and old boys on “THE MFANTSIPIM DREAM & ITS RELEVANCE TO SUSTAINING GHANA’S DEVELOPMENT” will be launched by the end of 2nd quarter of next year, 2021.