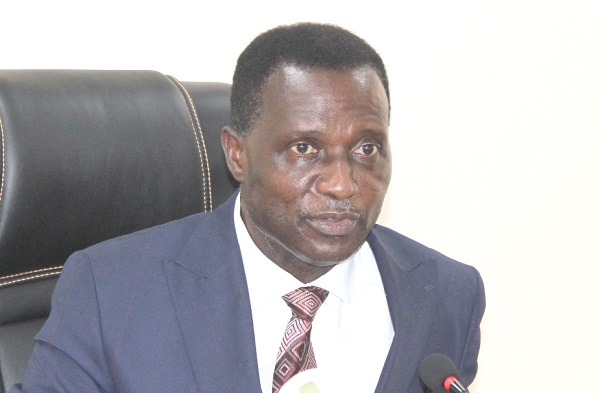 The government has released GH¢67,943,652 to cater for the feeding and running of colleges of education (CoEs) in Ghana.

The Minister of Education, Dr Yaw Osei Adutwum, who announced this at a news conference in Accra yesterday, said the government was committed to fulfilling its promises to the colleges.

This comes after concerns by the National Conference of Principals of Colleges of Education-Ghana (PRINCOF) that the CoEs were struggling to feed teacher trainees in the 46 colleges as funds for that had been in arrears for over six months.

PRINCOF had hinted that the students might have to pay for their feeding in the coming days if the government did not intervene with some payment.

And, in a swift response, the Education Minister yesterday confirmed that some funds had been released to the CoEs.

“I know you might have read the media reports there were many calls on us to respond to the concerns of PRINCOF. We want to take advantage of your presence here to make the country know that the President of the Republic, the Finance Minister and all those who are to ensure that various promises made to CoEs are carried through have delivered on their promise, and that is why, once again, this amount has been released to the colleges,” the minister announced.

The Executive Secretary of PRINCOF, Dr Harriet Naki Amui, in a statement released last Tuesday and copied to the Minister of Education, had proposed that teacher trainees must start to fund their own feeding from May 8 if funds were not made available to the CoEs.

The proposal, according to PRINCOF, had been necessitated in response to the inability of the colleges to make payments for food items supplied to them.

The statement said food suppliers continued delivering supplies to the colleges for months without payment, but they had finally withdrawn their services until they received the money owed them.

“Most colleges now have food items that can last only one week if students are to be provided with three meals a day,” it emphasised, and made four proposals to take effect from April 23 to ensure that there was no disruption in the academic calendar.

As part of the proposals, PRINCOF said the trainee teachers would be provided with two meals, breakfast and supper, for one week — from April 23 to 30.

Also, it said trainee teachers would, from May 1 to 8, be given lunch only, and that after May 8, they would be asked to provide their own meals until their feeding allowances had been paid.

The statement said “food vendors will be encouraged to increase the quantity of daily meals they cook for sale to students”.

Giving further details on the funds received, a spokesperson for the Ministry of Education, Kwasi Kwarteng, explained that the amount released would cover the arrears for the 2020-2021 academic year.

“So the funds released to be disbursed will cover the bill for the last academic year, and yes, the bill for 2021-2022 remains outstanding,” he indicated.

He further explained that the amount released would also cater for teacher trainee allowances that had also been in arrears.

“The bill is in excess of GH¢100 million for the 2020-2021 academic year, and that includes the component to cover the allowance of teacher trainees.

“Thus the GH¢67,943,652 which has been released and will go through the process of disbursement by the relevant agencies will also cater for about four months of the trainee allowance, also outstanding,” Mr Kwarteng explained.

He reiterated the minister’s assurance that the government was committed to supporting the CoEs to function effectively.